One accounting software veteran has hit out at the ATO for putting commercially “unrealistic” expectations on software companies, as it pushes forward with new systems for tax professionals.

BGL chief executive Ron Lesh, who has been vocal about the ATO’s inefficient and unstable digital systems, said the tax office needs to be conscious of the requirements they are putting on software providers.

“So far what we have seen is not necessarily so, but at the moment the ATO is on a fishing expedition — or maybe has a wish list — some of which is reasonable, some of which is not,” Mr Lesh told Accountants Daily.

“[This is] really unrealistic — nobody is and nobody wants to be as it would add substantial costs for our clients or little benefit,” Mr Lesh said.

“ISO certifications for software suppliers are all about having all the right bits of paper — they don't help clients.

“There are also some other amusements in the ATO questionnaire — many of which again we think are big brother gone mad.”

However, Mr Lesh is on board with some of the security measures the ATO is rolling out. He’s particularly supportive of two-factor authentication.

Earlier this week, the ATO said it would be moving to offer multi-factor authentication such as Touch ID on a mobile device, after highlighting the risk of single-factor authentication used in practices, whereby only one password is needed to access systems. You can read more about this here. 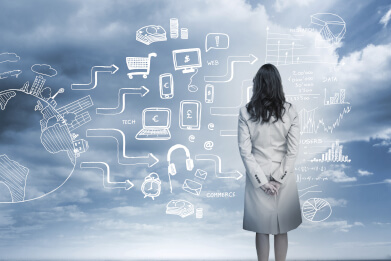