Seeking to provide some context over the ATO’s recently released tax gap findings, Commissioner Chris Jordan said that despite small business taxes paid coming in 12.5 per cent below what was owed — a higher percentage than either large corporations or individual taxpayers — the sector is doing well in terms of tax compliance.

“Internationally, we are performing really well in terms of our small business tax performance,” he said while speaking at the National Small Business Summit in Melbourne.

According to Mr Jordan, “the small business economy is paying about 95 per cent of the tax that it should” when you take out the black economy. That figure drops just below 90 per cent when black economy activity is included.

In other countries, that figure is “substantially less”, he said.

“I think that is a solid achievement... the vast majority of the small businesses there are doing their best to comply.”

However, Mr Jordan noted that with the tax gap research showing an $11.1 billion shortfall in taxes actually paid versus what was owed, “there is still work to be done”.

“We will hold to account those who do try to cheat the system so that we can continue to protect the people who are doing the right thing,” he said.

“Our role as regulators of small business is really about fairness, about protecting against inequity... and making it as easy as possible for people to comply with the regulations.”

This, he suggested, is why the government and the ATO are so aggressively targeting the black economy.

“We’re hoping to see the black economy change from black to at least a lighter shade of grey over time.”

ATO visits ‘have an impact’

Mr Jordan also spoke about the ATO’s plans to visit up to 10,000 SMEs across the country each year.

The commissioner said that media coverage of where ATO inspectors will visit next attracts considerable attention.

“People do sort of pay attention to it, it does have an impact,” he said.

“I was only talking to someone last night who was saying that the local baker that they go to has gone from a cash-only sign to EFTPOS now.” 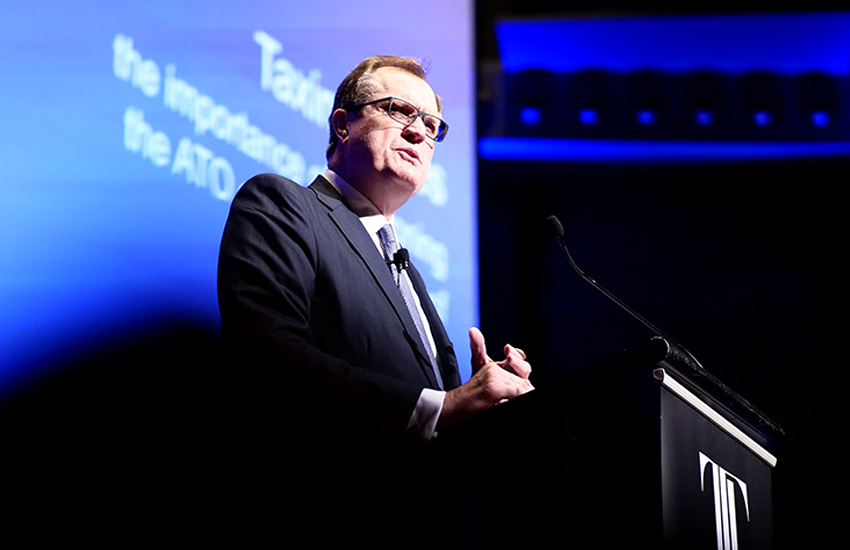