Key considerations ahead of EOFY

With a calendar quirk and a number of important changes coming in 2019, accountants have been urged to get business clients up to speed in the final week before the new financial year. 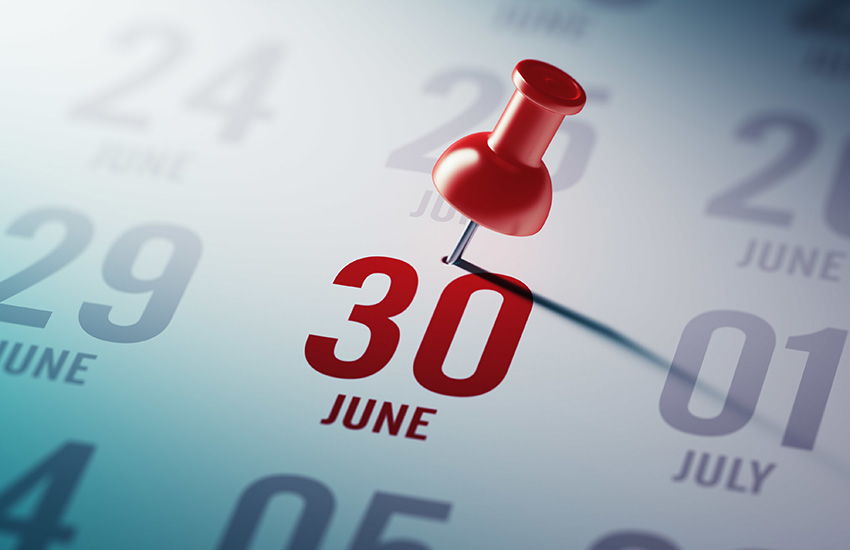 30 June falls on a Sunday this year, a point which may catch people off guard.

Peter Bembrick, tax partner at HLB Mann Judd, recommended businesses finalise matters early, given that processing delays over the weekend may mean they are not received and recorded this tax year.

Speaking on the joint My Business/Accountants Daily webcast on Thursday (20 June), Mr Bembrick said this was of particular importance to super contributions, given they count when they are received by the super fund, not the date on which they are paid.

He suggested 26 June (Wednesday) as a reasonable self-imposed deadline to avoid experiencing any such delays.

A number of important changes are also taking effect from next Monday, 1 July, for which businesses should be prepared.

The biggest change to impact small business is the extension of Single Touch Payroll (STP) to employers with 19 or fewer employees.

Businesses of this size will be required to commence payroll reporting under the new digital system from their first pay run in the new financial year, although there will be a three-month “transition period” for SMEs to provide additional time for employers to familiarise themselves with STP.

Larger businesses with 20 or more employees began reporting under STP at the beginning of the current financial year.

The ATO has said it will give smaller businesses additional supportive measures, including:

As part of the transition to STP, payment summaries to employees will be phased out, with the information instead to be pre-filled in taxpayers’ myGov accounts.

More information can be found in the My Business Guide to Single Touch Payroll.

The ATO has also previously answered STP-related questions from My Business readers.

Another change taking effect from 1 July is the annual increase to the national minimum wage and award rates.

The Fair Work Commission announced on 30 May that the minimum wage will rise by 3 per cent (or 56 cents per hour) to an hourly rate of $19.49.

Also in terms of payments to employees and contractors, those made in cash that are not declared to the ATO will not be eligible for a tax deduction, as part of the Tax Office’s bid to restrict tax and super avoidance.

Payments covered under this new rule include wages and salary, bonuses, commissions, allowances, director fees, labour hire payments and those made to either religious practitioners or for a supply of services.

This applies where tax has not been withheld or the ATO is not notified.

Tax cuts not yet locked in

Australians have been urged not to rush in to lodge their tax return this year, largely due to impending income tax cuts.

The Institute of Public Accountants made the warning earlier this month, stating that the federal government’s income tax offset of $530 for singles and $1,080 for couples on low to middle incomes has yet to be mandated, meaning the ATO cannot process them until legislation is passed.

The tax cuts were announced as part of the federal budget in April.

Another of the budget measures was actually locked in just days after the announcement, and remains in effect for the new financial year.

Parliament approved an increase of the instant asset-write off to $30,000 on 4 April. And for the first time, eligibility was extended to include medium-sized businesses with turnover of up to $50 million.

While not specifically tax-related, 1 July also marks another important date for Australian SMEs and consumers, relating to making complaints of misconduct by banks and other financial institutions.

A one-year window will be granted to submit complaints to the Australian Financial Complaints Authority (AFCA) dating as far back as 1 January 2008.

It follows the revelations of misconduct unearthed by the banking royal commission.

Key considerations ahead of EOFY