A back-log of highly-anticipated tax bills was not passed by the Senate on Thursday 28 June 2018, its final sitting day ahead of the Winter recess. This means that these measures remain in limbo until Parliament resumes on Monday 13 August 2018.

This creates uncertainty for taxpayers and tax practitioners as they begin the annual process of advising on and preparing 2018 income tax returns without knowing whether the law will be amended, in some cases retrospectively.

In particular, the following key tax measures remain before the Parliament:

The Government has not yet been able to secure support in the Senate for extending the corporate tax cuts to companies with an annual turnover of $50 million or more from the 2019–20 income year. While this doesn’t affect preparation of 2018 tax returns, it affects the ability of companies to prepare accurate and reliable budgets and forecasts because they are unclear on what the tax rate will be two years from now.

These measures are proposed to commence on 1 July 2017 and propose to change the meaning of the term ‘Base rate entity’ which a company needs to be from 1 July 2017 to get the lower corporate tax rate of 27.5%. These measures will tax a company at the rate of 30% if more than 80% of its assessable income is ‘passive’. These measures also affect a company’s franking rate when it pays a dividend to its shareholders. The Commissioner’s draft ruling TR 2017/D7 on when a company ‘carries on a business’ — which is relevant to this discussion — remains in draft.

The issue is that the start date of these measures is proposed to be 1 July 2017. The ATO has advised that companies and shareholders should lodge their 2018 tax returns on the basis of the current law. However, they may need to amend their returns if the measure is enacted in the next few months or even next year with retrospective application.

Currently, taxpayers that are small business entities (SBE) (annual turnover less than $10 million) can write-off the cost of depreciating assets that cost less than $20,000 only until 30 June 2018. This measure proposes to extend this to 30 June 2019. However, as the Bill has not been passed by Parliament, SBE taxpayers have no certainty that an asset that they buy from 1 July 2018 that costs less than $20,000 can actually be written off. If the Bill is not passed, they will need to depreciate the asset under the usual rules (unless the asset costs less than $1,000 in which case it can be written off under the current law).

The Superannuation Guarantee (SG) Amnesty, announced on 24 May 2018, is proposed to run from 24 May 2018 to 23 May 2019 to allow employers to come forward and do the right thing by their employees by paying any unpaid superannuation in full, with relief from penalties and the ability to claim a full deduction for the payment. Since this measure will now be in limbo until at least mid-August, we will be three months into a 12-month Amnesty without certainty that the Amnesty will actually be available. In the event that the measure is not enacted, any disclosures made to the ATO in the meantime will be dealt with under the current law (full administration component and no deductibility). I caution employers and their advisers/agents before making a disclosure to the ATO, and suggest that no disclosures should be made until the Amnesty is law and employers have certainty.

These complex measures were originally proposed to start on 1 July 2017 but are now proposed to commence in relation to CGT events which happen on or after 8 February 2018.

The new rules will apply to a taxpayer who disposes of a share in a company or units in a unit trust and impose additional conditions that must be satisfied for the taxpayer to claim the small business CGT concessions on a capital gain made in relation to those shares or units.

This measure proposes to extend the existing Single Touch Payroll (STP) regime — that applies to substantial employers (20 or more employees as at 1 April 2018) from 1 July 2018 — to small employers from 1 July 2019. However, it will be another few months now before small employers have certainty, which gives them less time to prepare for STP reporting. Some other technical changes to the STP rules are proposed to apply from 1 July 2018, yet they also remain unenacted.

These measures will deny non-residents the main residence exemption for CGT events (i.e. sales of homes) that happen on or after 9 May 2017, subject to a 30 June 2019 transitional rule. These measures are particularly concerning because of the retrospective application — as far back as 20 September 1985, when the CGT regime began — to Australian expats who are non-residents for tax purposes at the time of the CGT event. No regard will be given to the period of their Australian tax residency status or how many days they actually lived in their home. No main residence exemption will be available and the taxable capital gain will be calculated using the original cost base of the property.

There was a report that the Government would delay passage of the Bill to further consider the issues.

While this is a welcome development, taxpayers currently have no certainty because passage of the Bill has been delayed, and this could affect 2018 tax returns which are being lodged from this week. 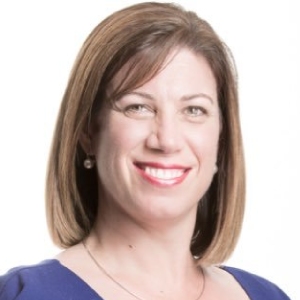