Time to start building a public policy response to Labor’s proposed $3,000 cap on the deduction individuals can claim for managing their tax affairs.

The cap was proclaimed in opposition leader Bill Shorten’s 2017 budget reply speech as necessary because:

"Instead, using clever tax lawyers, they deducted their income down from an average of nearly $2.5 million… to below the tax-free threshold.

"One of the biggest deductions claimed was the money they paid to their accountants — averaging over $1 million.

"These individuals are not just counting cards in the casino – they are bringing their own dealer and their own deck.

"That’s why a Labor government will cap the amount individuals can deduct for the management of their tax affairs at $3,000. This affects fewer than 1 in 100 taxpayers and will save the budget $1.3 billion over the medium-term.”

So many attack lines in so few words!

Labor’s policy is strongly backed by The Australia Institute.

Where to begin the counter-arguments? Some topic headings might help.

Let the ATO do its job

I’m pretty sure those 48 taxpayers have also piqued the ATO’s interest.

The unfortunate and unnecessary dog-whistle is that the ATO sees dodgy things happening and does nothing about it.

In fact, tax advice deductions are readily apparent to the ATO from the specific label on the tax return. As with any deduction, non-genuine claims can be denied and, if part of a scheme, challenged under the general anti-avoidance provision (Part IVA).

Why are some big fees being claimed?

Extracting a $1 million + fee from an individual client is pretty rare and indicates to me that the client is probably in a world of (tax) pain.

This is borne out by ATO sources who tell me the big numbers quoted by Mr Shorten relate to disputes with the Commissioner and interest charged by the ATO.

They could also include fees relating to entities the individual taxpayers control.

Put simply, a large part of a tax professional’s work involves helping individuals navigate the tax labyrinth, keeping them out of trouble.

As one CA put it to me recently, “We didn’t make this mess”.

And this from another: “Clients will still seek tax ‘advice’ if the cap comes in, but they’ll get it from people who aren’t tax agents who want to sell them something they don’t need.”

Our personal tax system is particularly complex in the way it applies:

Although it is fashionable to say we all should pay our “fair share”, the tax law contains no such expression. Simply put, tax is the compulsory collection of revenue (mostly from Australian individuals) for public purposes.

Voluminous laws and administrative guidance prescribe how and when this is done. In particular, the ATO has police-like powers, some of which can be exercised by the Commissioner without notice and without warrant. He can impose substantial penalties and interest charges.

Sometimes, individuals can and do find themselves in trouble with the ATO. They need help.

Now although the ATO does its best to resolve things quickly and fairly, the David v Goliath analogy is nonetheless relevant.

Now I don’t know how much of that was spent chasing individual taxpayers. My point however is that if the ATO is your adversary, the expression “deep pockets” doesn’t even come close when describing its firepower.

Most tax professionals will quickly spot the irony in Labor’s proposal.

Having helped create a tax system which now seems too hard to fix, politically averse to root and branch tax reform, and in need of funds to finance an ambitious social policy agenda should it win government, the ALP is seeking to discourage individuals from seeking advice which could result in them legitimately paying less tax.

The message affected clients will hear is “stay in your PAYG tax box and pay up”.

This is particularly so when the cap is viewed in the light of Labor’s proposed changes to negative gearing and the CGT discount – policies likely to increase the demand for tax advice.

And with a proposed top marginal rate of 49.5 per cent where taxable income exceeds $180,000 (a high rate/low threshold by international standards), Labor knows well the encouragement this gives to creative tax thinking by those who feel overtaxed.

Savvy readers would also have noticed Mr Shorten’s use of an increasingly common tactic amongst politicians of all stripes: “This affects fewer than 1 in 100 taxpayers”.

Elections are all about winning the middle ground in crucial swinging seats, so policies which impact “someone else, not you” are all the rage. For the proposed cap, it’s especially handy when research suggests mainly electorates held by political rivals will be impacted.

No analysis however on more important questions, such as whether these wealthier types are running businesses or generating jobs.

The divide and conquer strategy will also impact the tax profession because, for some, a $3,000 fee is rare.

But conspiracy theorists aren’t hard to find in tax circles.

The $3,000 cap is already seen as the thin end of the wedge by some I’ve spoken to, with questions like:

You get the drift. Labor’s policy will do little for ATO – tax professional relations.

Finally, there are a host of issues which will need to be worked through if Labor’s policy is implemented. 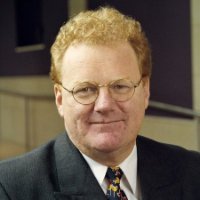