The government’s 2021–22 federal budget showed no signs of tightening the state of spending which kept the Australian economy afloat through the COVID-19 pandemic, but some think that it failed to introduce meaningful reform, or look far enough ahead. 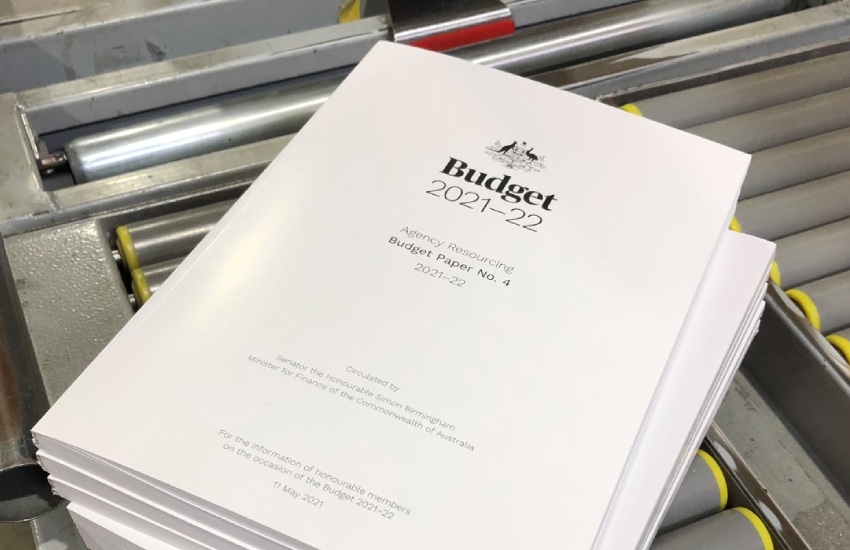 In revealing the government’s 2021–22 federal budget on Tuesday night, Treasurer Josh Frydenberg made it clear that the Morrison government’s primary objective was to drive unemployment down to 4.75 per cent through billions of dollars in tax breaks for workers and businesses.

“Budget objectives can apparently be achieved without resorting to major tax reform, with rosy budget predictions including a stunning 4.25 per cent GDP growth forecast for 2021–22.

“The absence of adverse tax changes is welcome relief for the many chartered accountants exhausted from COVID stimulus measure workloads piled on top of their business-as-usual work.”

However, some industry leaders expressed concern over the shortsightedness of this year’s budget. Institute of Public Accountants CEO Andrew Conway warned that the government’s spending could have long-term side effects.

“There is no question that the government is focused on a critical recovery path and opening up the Treasury coffers to facilitate recovery will create many growth opportunities including employment,” Mr Conway said.

“The long-term game, however, is still staring us in the face. We are calling on the government to fill in the gaps in the timeline for longer-term structural economic reform. Otherwise, the growth initiatives stemming from the budget announcements tonight may be short-lived.

“This could be described as the ‘Game of Thrones’ budget — winter is coming — the government is backing itself to ensure we survive the winter, but we also need to ensure that we transform the economy and be ready to thrive.”

Accounting professionals are largely united in describing this budget as one designed to score re-election points, devoid of any meaningful economic reform.

“With a federal election likely before another budget is delivered, Mr Frydenberg’s speech had a distinct ‘out on the hustings’ tone, but difficult reform decisions have been postponed,” Mr Croker said.

For BDO tax partner Mark Molesworth, the budget felt like a “crowd pleaser” rather than a budget designed with the long-term future in mind.

“The structural additional spending on social goods like aged care, mental health and domestic violence prevention will have to be paid for at some point,” Mr Molesworth said.

“The current government is hoping this will occur through growth in the economy and the attendant increase in tax revenues. We suspect that a future government will be forced to look at structural tax reform as well.”

Others warned that this budget adopted a one-foot-in, one-foot-out approach, whereby the government’s allocations were spread so thin that, in some cases, they only go half as far as they should.

Of the $1.2 billion package, more than $500 million has been allocated to the overhaul of government digitisation efforts, while only $28 million will go to helping small and medium businesses move to adopt further digitisation.

“Investing in regtech without helping businesses digitalise is a bit like trying to turn half a light bulb on and keep the other half off,” Dr Rennie said. “It won’t work, it’s shortsighted and really quite disappointing.”

Mr Croker said the government’s digital self-investment is one that will be watched closely by CA ANZ, as it monitors how it will change the ATO’s engagement with the broader business community.

“Chartered Accountants will watch closely to see whether the millions to be spent on further ‘digitalisation of the economy’, including myGov,” he said, “gives the ATO greater real-time line of sight over business operations and likely tax defaulters.”

Other measures included in the budget, like the low and middle-income tax offset, and the one-year extension to temporary full expensing of depreciating assets and tax loss carry-back were necessary, if not expected, announcements, which will likely be welcomed by accountants around the country.

“The continuation of the low and middle-income tax offset was an expected and necessary move to not only support Australians, but to avoid a taxpayer backlash,” Mr Croker said.

“The main business tax change out of this budget is the one-year extension to temporary full expensing of depreciating assets and tax loss carry-backs. This will be welcomed by businesses and accountants, although tax depreciation has in recent years become incredibly complex to navigate.”

For John Jeffreys, tax counsel at Tax & Super Australia, the loss carry-back extension is a measure the government should be commended for, along with the extension of the full asset write-off.

“The government is to be commended in extending this measure because it means, among other things, that the ability to fully expense assets can have its maximum impact if the purchase of the asset puts a company into tax losses and it has paid tax in one of the earlier relevant years,” Mr Jeffreys said.

“It is to be remembered that the ability to carry back losses is only available to companies. This means that many small businesses who often operate in non-corporate structures cannot benefit from this concession.

“Is it possible that we will see the ability to carry back losses as a permanent feature of our tax system?”

But meaningful reforms remain “missing in action”, Mr Jeffreys warned. He was disappointed to see the profession’s submission to allow small businesses to opt out of full expensing on an asset-by-asset basis go ignored.

“The budget papers state that, apart from the extension of the full expensing of assets until 30 June 2023, there will be no other change to the legislation,” he said. “That is disappointing.