Fair Work’s continued scrutiny on payroll and industrial awards should spur businesses to take a proactive approach to review their practices, says a mid-tier firm.

The Fair Work Ombudsman has been actively auditing work places this year, most recently dropping in unannounced on popular dining strips in the Melbourne CBD.

Earlier this year, the FWO recovered $471,904 for 616 workers on the East Coast, after finding that 72 per cent of the 243 businesses audited had breached workplace laws, including a lack of employment records and payslips.

Pitcher Partners partner Ben Powers believes businesses need to undertake an independent review of their processes to ensure they are compliant with the law.

“Awards in many sectors can be really complex so that goes to the systems you may have in place to be able to deal with those complexities,” said Mr Powers.

“You are talking about detailed timesheet systems that have to track the time people work over the day, working at night, different rates – it is incredibly complex and it is always changing.

“We are seeing many owners and directors becoming more proactive and getting experts in to look at their payroll and complete an independent overview of their systems and processes, and comparing what they are doing with their actual obligations under the awards and agreements.”

With directors personally liable for underpayments and the introduction of the Fair Work Amendment (Protecting Vulnerable Works) Bill 2017, which introduces strict liability on to franchisors for underpayment of employee entitlements across a franchise network, Mr Powers believes businesses need to be start being proactive.

“If Fair Work Australia chooses to take a business to court, it is the directors who are liable for any penalty that is imposed. There are many examples of fines up to $100,000 imposed by the courts,” said Mr Powers.

“Directors have to be proactive to the potential issues and take independent advice where possible.

“They have to own the issue and get on the front foot, go back and do the analysis and check they have given workers the right pay. Then they have to tighten up their systems and processes that are in place to prevent things like this happening in the first instance.”

Accountants being prosecuted under accessorial liability laws have been thrust into the spotlight in recent years, with one lawyer suggesting there is now a 92 per cent chance of being prosecuted.

Under one point of Section 550 of the Fair Work Act, “a person is involved in a contravention if they: have been in any way, by act or omission, directly or indirectly, knowingly concerned in or party to the contravention.”

“[The chance of being prosecuted was] zero per cent three years ago because the Fair Work Ombudsman until three years ago did not rely on Section 550 accessorial liability when prosecuting businesses and now the chances of them doing that is 92 percent, because they figured out it’s a very clever thing to do,” said Harmers Workplace Lawyers executive counsel David Bates.

“They are absolutely targeting accountants, and you might think well, I didn’t go into [this] profession so that I could somehow become involved into the fair work related inquiries. That’s not my area of expertise and what the Ombudsman says is tough luck. It’s your job to educate your clients.” 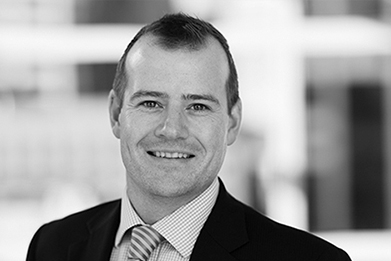