As its current head of accounting departs his role this week, one software company is eyeing expansion into the mid-tier market from its traditional base of sub 10-person firms. 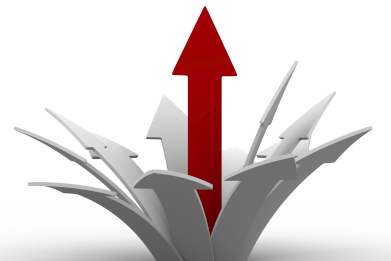 Director of accountants for Sage Australia, Michael Smith, confirmed his retirement in May, finishing with the company after 16 years.

Its traditional base has been firms with a headcount south of 10, but Mr Smith said Sage Australia is poised for expansion into the mid-tier market.

“I don’t think we could be going to the top four, but we could comfortably take on a 25 to 35 person practice with our suite of products,” Mr Smith said.

“They are in the hundreds, not in the thousands, in Australia — and I think we can get that job done well,” he said.

Mr Smith, a chartered accountant who has been in the software game since the 1980s, believes that the accounting software industry will continue a push into “small lightweight services.”

“Today, it’s all about a whole lot of micro services. I think we are going to see much more of this. We would say, and I’m sure our competitors would too if they were honest, we don’t fulfil every single need of a wide customer base. That’s just the nature of business,” he said.

He is also confident in the market for compliance-based services remaining buoyant in Australia for accountants, despite the changing nature of government involvement.

“The nature of compliance is going to change. Governments are going to become much cleaner with driving compliance, because it’s going to be more tangible for them to do,” he said.

“There will be an increase in the compliance requirement, but it’ll come in a different format,” he said.

As a parting sentiment to the accounting industry, Mr Smith said he hopes to see software vendors play to the strengths of Australian accountants through the development of appropriate and complementary services.

“We are not just backroom guys who look at numbers all day long. There’s beauty in the numbers — it’s a science. Those accountants that are really worth their salt make things happen, in commercial land and on a practice level. They have an innate ability to look at the numbers and tell a story,” he said.

“Accountants get a bad wrap — the reality is, we are probably the most trusted advisers to business. With law, you might find that some will still handwrite their notes, but you put them in a courtroom and they are sensational,” he said.

“I think with the accountants, the analogy is the same. What they know is vital, and I think they are a lot more adaptable than what is believed,” he said.