One major accounting body and an accounting firm have said those affected by the ongoing ATO portal outages deserve compensation for lost time and productivity. 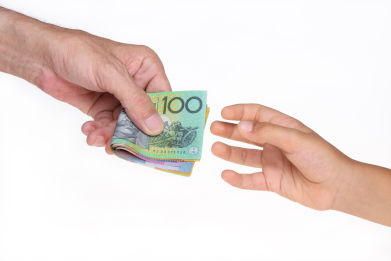 The Institute of Public Accountants’ Tony Greco spoke with Accountants Daily about what he would like to see happen following the ongoing portal outages suffered by the ATO since 11 December 2016.

Ideally, Mr Greco said financial compensation for earnings lost during the outages would be the ideal solution.

“If you continually are suffering losses because of someone else’s poor service delivery, I think you start to say 'Well, when is enough, enough?'

“Do they deserve something? I think rightly so, but the difficulty is how do you quantify on a per practice basis the quantum of compensation. We understand that that's the dilemma,” Mr Greco said.

While financial compensation for losses would be desirable, Mr Greco said it would be too difficult because the outages affect all accountants differently.

“Some members are heavily compliance-based and they would be massively impacted because effectively they can't do their work, so in that sense these outages have prohibited them from being able to continue on generating revenue,” Mr Greco adds.

“It's case by case but it would be hard to find a practice that wasn't impacted in one way or another, even advisory firms have been caught out not being able to do certain things, so it has had widespread impacts.”

Instead, Mr Greco would like to see the ATO simply be more transparent and work to improve their technology and systems.

“We would like the ATO to be proactive on this and realise that real damage has been done. Real stress has been incurred. Real productivity losses have been suffered,” he said.

“They are on a journey towards better systems and hopefully that journey comes to fruition, so we're very hopeful of the future.”

Gail Freeman, director at Gail Freeman & Co, told Accountants Daily that her practice suffered financially as a result of the outages.

“It's impacted on our earnings because when you're a small practice, there is a significant impact,” Ms Freeman said.

“It certainly has impacted earnings over December and January, no question.”

When asked if those affected by the outages deserve financial compensation to make up for earnings lost, Ms Freeman said, “At a personal level, absolutely 150 per cent.”

However, she said in reality she doesn’t expect this to come to fruition and suggested other non-financial offers of compensation would be well received instead.

“At a logical level, there are so many tax agents and if they offered us all compensation while the country is going broke, we'd all be laughed at,” she said.

“So on the one hand, yes I think that there is an issue about compensation, but maybe compensation isn't only money.”

Ms Freeman noted that the ATO has already given tax agents extensions in December and January and is loosening the reins on some deadline requirements.

“We have to have 85 per cent of our returns in by the deadline of 15 May, and I read somewhere recently that they're not going to monitor us this year in that regard.”