SMEs are being urged to be at the forefront of innovation rather than waiting for disruption to hit, amid worrying statistics from a software provider.

Last week, MYOB released its latest Future of Business Report: The Age of Change, revealing that while SMEs accept that technology is going to have an impact on their business, very few are actively pursuing innovation.

Statistics from the latest MYOB Business Monitor, which are included in the report, reveal that 40 per cent of business owners believe the nature of their industry will be significantly changed by technology in the next 10 years.

Speaking to Accountants Daily, MYOB chief technical advisor Simon Raik-Allen said that SMEs must start being more proactive when it comes to technology.

“They need to be less passive in this and stop letting it happen to them and then complaining about it. There’s opportunity at the forefront and life is long and innovation is long so plan for that,” he said.

“I think people get a little bit panicked about ‘oh my god it’s happening now I’ve got to do something but I don’t have any money’. It’s not about now, it's about the long-term plan, that's what they've got to think about.”

Mr Raik-Allen said that SMEs in Australia are still hesitant to lead the way with new technology.

“I was quite disappointed in some cases in some of the results around just how much we are not early adopters,” he said.

“People admitted that they weren't, they want to wait until somebody else has used it and it becomes mainstream and I think that's going to hold us back as a nation, that attitude.”

The report revealed that SMEs identify cost to develop or introduce (29 per cent) and not enough time to innovate (22 per cent) as two of the biggest barriers to innovation, however Mr Raik-Allen said they are easily overcome.

“I don't think innovation actually costs that much. Really it's a mindset shift. This stuff happens over time. You don't drop in a new technology overnight and suddenly your business is innovative and the whole world's changed, it can take years,” he said.

“The first thing SMEs should do when thinking about innovation is to look around. There's so much going around, just be in touch with it and that doesn't cost you that much.” 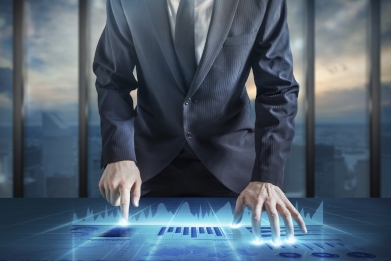