ATO set to shake up communication with industry

Following its mass digital outage, the ATO has committed to new and more tailored communication with stakeholders and has revealed that despite widespread calls for compensation, only a handful of applications have been made.

Yesterday, the ATO released a report into the widespread systems outages it experienced in December 2016 and February 2017, following commissioner Chris Jordan releasing some of the results last week.

The report includes findings from the ATO’s internal review as well as the independent review conducted by PwC, which was appointed by the ATO to investigate what caused the outages and the appropriateness of the ATO's response.

The report said that while stakeholders were “generally appreciative” of the ATO’s updates on the readiness of IT services, the ATO conceded there were several areas where communication could’ve been improved.

This included the use of generic descriptions such as ‘ATO online functions’, which did not clearly explain what systems or services were impacted or were scheduled to be restored, and inconsistencies in the messages delivered through different communication channels.

Also, the ATO failed to deliver on suggested timelines for when services would be restored, with stakeholder feedback calling for clearer messages so that they can better manage their own businesses and timeframes.

The inaccuracies in updates about service abilities hit the accounting community in particular, who weren’t properly advised on the availability of key services such as the tax agent portal.

For example, during an outage earlier this year, Gail Freeman, director at Gail Freeman & Co, expressed frustration to Accountants Daily, saying that despite texts and emails from the ATO saying the portal was up and running, access was in fact limited.

“The impact [of the outages] on our productivity and cash flow is quite enormous.”

The report outlines a number of improvements that the ATO has committed to make based on recommendations from the PwC report and its own post incident review. Two of the 14 recommendations are based on improving communication and business resumption with stakeholders.

One recommendation states: ‘In the event of an unscheduled, high impact, disruption to ATO services, to support the transparency and regularity of our communications, we need to improve key stakeholder communications, ensuring they are tailored to each particular stakeholder’s experience.’

The ATO said that the outages highlighted areas for improvements in the ATO’s public communication which it is currently working to improve.

In particular, the ATO is developing ways to tailor the content of the communications based on describing what is currently happening and/or being done, and how that will directly affect different clients.

The second communication-based recommendation states: ‘Where ATO systems outages impact on a stakeholder’s business model or their forward planning, the ATO takes these factors into account in setting clear expectations for how waivers/discretions will be exercised in these circumstances, within the boundaries of the law.’

The ATO has said it is currently working on improving how they communicate how and when waivers apply when stakeholders are impacted by no fault of their own.

During the digital downtime, there were various calls across the industry for the ATO to consider compensating accounting and tax professionals for significant productivity losses.

The Institute of Public Accountants’ Tony Greco told Accountants Daily earlier this year that financial compensation for earnings lost during the outages would be the ideal solution.

“If you continually are suffering losses because of someone else’s poor service delivery, I think you start to say 'Well, when is enough, enough?'

“Do they deserve something? I think rightly so, but the difficulty is how do you quantify on a per practice basis the quantum of compensation. We understand that that's the dilemma,” Mr Greco said.

To address any disadvantages experienced by stakeholders, including accountants, the ATO used discretions and remedies available under the tax and superannuation laws. These included deadline extensions and adjustments to interest and penalty charges.

The ATO also applied administrative concessions where due to the unavailability of services, taxpayers were unable to access the early payment discount for HECS/HELP debt.

Other cases of disadvantage are dealt with via the Commonwealth’s Scheme for Compensation for Detriment caused by Defective Administration — known as the CDDA Scheme.

“Whilst some stakeholders raised the issue of compensation in their submissions or in meeting with us, to date, we have received only a handful of claims,” the ATO said in its report.

The limited applications could be due, in part, to the usability of the CDDA scheme for those seeking compensation — claims which the ATO effectively refuted.

“Some feedback included that the CDDA scheme was inflexible to deal with a major outage that impacted many stakeholders,” the ATO said.

“We believe that the CDDA scheme provides a fair system for making payments to those who can evidence disadvantage and will consider any claims received on their merits.

“The scheme balances the need to make compensation payments in appropriate circumstances with the need to carefully manage the expenditure of public moneys.”

ATO set to shake up communication with industry 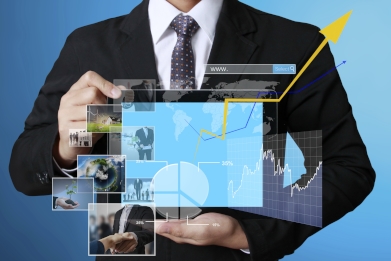