ATO and ACCC warn on risks of social media use

Accountants and small businesses alike have been warned on the increase of scammers using social media as a platform to identify and target victims.

Micro and small businesses were targeted the most, with 55.07 per cent of business scam reports coming from businesses with up to 19 staff. Medium-sized businesses with 20 to 199 staff accounted for 12.90 per cent, and large businesses with over 200 staff just 5.91 per cent. The remaining 26.12 per cent were uncategorised.

The report also found that social media is an increasingly popular platform for scammers to use in identifying and targeting victims. In 2016, there were 27 business scams through social networking and online forums.

The ATO recently issued an alert to tax professionals urging them to be aware of what they share on social media because scammers can use that information to impersonate them or their practice and send scam on emails, SMS or social media messages to clients and networks.

The ATO told Accountants Daily that there are measures accountants and tax agents can take to avoid being targeted by scammers through social media.

“The advice that the ATO would give to tax agents on how to avoid scams on social media would be the same advice that we would provide to tax payer,” an ATO spokesperson said.

“Some of our top tips include don’t post sensitive or personal information on social media; don’t use chat or file transfer capabilities of social media to send sensitive information, hyperlinks or attachments; and monitor your social media feeds to ensure malicious links, attachments or text posted by others is removed promptly.”

They continued: “Be especially vigilant of content on your social media channels around periods that pose a higher risks for malicious activity, such as BAS reporting, end of financial year, end of fiscal year, income tax return cut-off dates.”

ATO and ACCC warn on risks of social media use 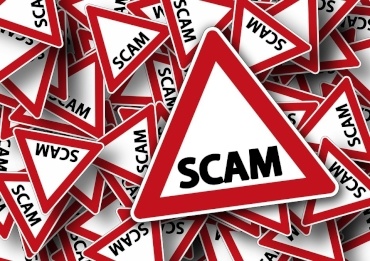