The Tax Office has issued a warning to the public to be alert for con artists impersonating the ATO, with scammers netting more than $174,000 in April alone. 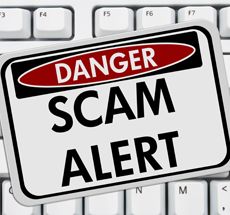 Assistant Commissioner Janine Clark said that based on recent reports made to the ATO, iTunes gift cards were part of new tactic being used by fraudsters.

"In the last month, of the 8,692 phone scam reports we received in April 2016 in relation to the fake ATO tax debt scam, 58 reports mentioned the scammer demanding payment by iTunes and 26 people unfortunately paid $174,830 to fraudsters," Ms Clark said.

"In many cases, scammers request payments that are either non-existent or unexpected.

"By the time these scams are reported to us, the cards have already been on-sold or redeemed by the scammers. The scammers don’t need the actual physical card. They just need the gift card number, which they get victims to read over the phone."

The ATO has recently received reports of not only iTunes cards, but also pre-paid Visa gift cards purchased from supermarkets and department stores.

"What we’re most concerned about is that vulnerable Australians who have little interaction with us are not only being led to believe this is a legitimate request for payment from the ATO, but they are giving out personal information such as their tax file number."

Provision of personal information to an unauthorised person opens up further opportunity for identity theft and fraud.

Ms Clark reminded the public that the Tax Office will never request the payment of a tax debt via gift or pre-paid cards such as iTunes and Visa cards.

"Nor will we ask for direct credit to be paid to a personal bank account," she said.

"And if the person calling you is rude and aggressive, threatening police or legal action if you don’t do something immediately – it’s not the ATO.

"If you do have a debt, we would have written to you first. If we do ring you, our staff will identify themselves and let you know how you can call us back."