Treasurer Josh Frydenberg has ruled out broadening the GST base and increasing its rate despite the Organisation for Economic Co-operation and Development warning of vulnerabilities in an overreliance on personal taxes as the population ages. 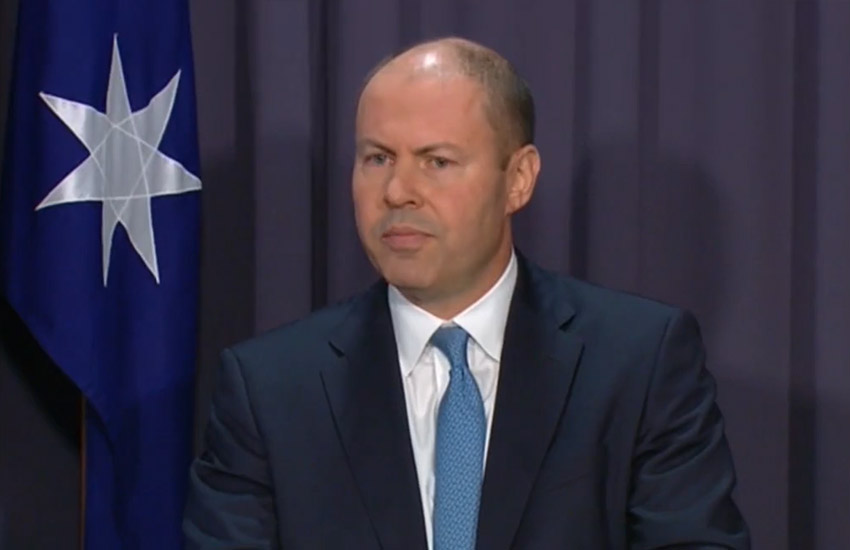 The OECD, led by former Australian finance minister Mathias Cormann, notes that Australia’s current tax base has become increasingly reliant on personal income taxation, with its share of tax revenue to rise to 46.4 per cent by 2025.

It believes this reliance will have significant implications on public finances as the labour market shrinks with an ageing population, and argues that Australia’s tax base will need to be reorientated towards indirect taxation to remain sustainable.

The OECD’s report shows that Australia’s GST is the third-lowest consumption tax rate among OECD countries, with the 10 per cent unchanged since its introduction 21 years ago.

However, Treasurer Josh Frydenberg said plans to increase the rate or broaden the base of GST was not on the government’s agenda.

“No plans to increase the GST,” said Mr Frydenberg on Sky News on Wednesday.

“What we do have plans for is obviously to cut taxes at every opportunity that we find, and we’ve done that on income tax. We’ve done it on company tax for businesses with a turnover of less than $50 million.”

The lack of political appetite to enact genuine tax reform, particularly changes to the GST, will hurt the country in the long run, said Andrew Mills, tax policy and technical director at The Tax Institute.

“A tendency towards backing what is – wrongly – perceived as politically safe policy has had a damaging effect on Australia’s ability to develop sound tax policy and law,” said Mr Mills.

“While that may seem easier in the short term, avoiding necessary – but perhaps harder to sell – changes, hurts all Australians.

“By instead broadening the GST base, increasing the rate to at least 12.5 per cent, or doing both, we can make the necessary change to safeguard our economic future.

“This must be coupled with reduction in personal tax and compensation for the least well off. Lower reliance on income taxes isn’t just good for people working today – it’s good for generations to come.”

Apart from a reworked GST, the OECD also believes Australia should examine the current two-tier corporate tax system where SMEs are taxed at 25 per cent while larger firms attract a 30 per cent tax rate. It believes the two-rate system distorts how businesses are structured and how they behave.

The OECD also recommends reducing the CGT discount, arguing that it is “very generous and well in excess of inflation”, and distorts household investment decisions.

Stamp duties for real estate transactions should also be replaced with a well-designed recurrent land tax, with the OECD pointing towards NSW and the ACT’s models as examples of positive change.