Backdated income tax cuts are unlikely to flow until late this year, with the Tax Office also now clarifying its position on withholding schedules. 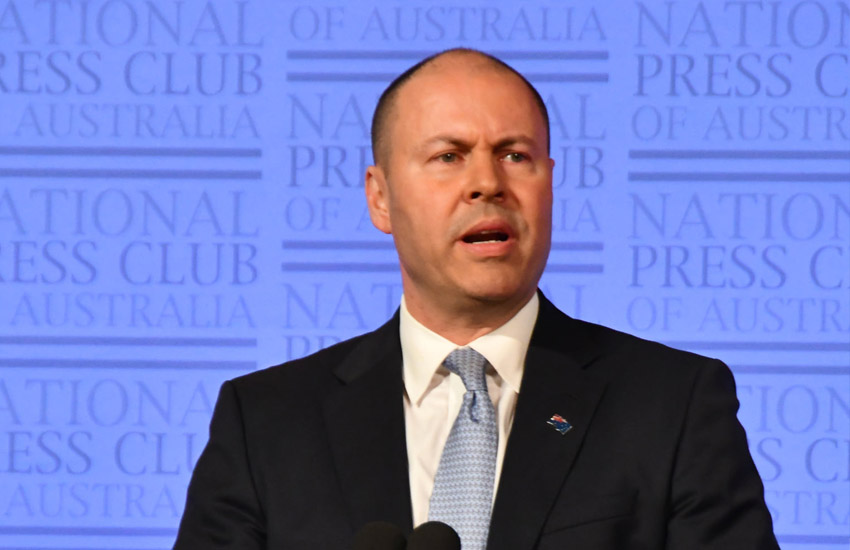 Treasurer Josh Frydenberg has conceded that the government’s budget centrepiece may not come into effect until December, with taxpayers set to receive any over-withheld tax at tax time 2021.

While Labor has offered its support of the brought forward income tax cuts, the measure has now been rolled into an omnibus bill that contains four other tax measures that were announced on Tuesday’s federal budget.

Mr Frydenberg said taxpayers would likely see those cuts only right before Christmas.

“What the Tax Office has told us is that they’re going to amend the PAYG withholding tax schedules and that will be once we know that the Labor Party is supporting this bill… so that will be from December or November onwards, so before Christmas,” Mr Frydenberg said at the National Press Club on Wednesday.

“Those changes will be made and the first six months will be provided at the end of the year together with a low and middle income tax offset.”

The ATO has also now confirmed its delivery of the backdated tax cuts, noting that it cannot pass on over-withheld amounts for the earlier months of this financial year into subsequent months.

“The adjustments to the withholding schedules are designed to ensure that taxpayers have the correct amount of tax withheld from their pay going forward,” the ATO said.

“It is not possible for the ATO to determine the extent of ‘over-withholding’ that may have occurred for each and every taxpayer as this is highly dependent on individual circumstances and will be different for everyone.

“Any ‘over-withholding’ that occurred prior to the employer updating their payroll software and processes will be included in the tax assessment of the employee at the end of the income year.”

The Tax Office has also confirmed it will publish updated tax withholding schedules after bipartisan support has been confirmed for the omnibus tax bill, and will work with payroll software providers and employers to ensure the reduced withholding associated with the threshold changes and the increase of LITO is reflected in software “as soon as practicable”.