Labor is in the midst of updating its capital gains tax and negative gearing policies amid scrutiny from the industry.

The opposition’s website detailing its plans to halve the CGT discount and limit negative gearing to new investments has been considerably truncated, with previous research data now deleted.

Labor Leader Bill Shorten said that the changes on its website were down to an incoming update.

“As new numbers come to light, we update them. If you want to look at the gold standard in terms of putting policies out there, I don’t think any of you can really look past Labor,” Mr Shorten said.

Labor’s modelling for the tax policies had been earlier called into question, with shadow treasurer Chris Bowen’s claims that 96 per cent of negative gearing goes to existing houses, not new construction, questioned.

Treasurer Josh Frydenberg took the opportunity to heap pressure on shadow treasurer Chris Bowen, claiming that the opposition had something to hide.

“Sneakily erasing 3,342 words or 13 pages of detail from Labor’s negative gearing policy document overnight, [Chris Bowen] has a lot to explain. I guess this means the Australian people shouldn’t expect any more detail on Labor’s $387 billion of new taxes. What is Labor trying to hide?” Mr Frydenberg tweeted.

In return, Mr Bowen said: “Pretty desperate stuff from Treasurer Josh. We’ve updated the website — that’s it. Any information on your $40 billion of school and hospital cuts to pay for your high-end tax cuts?” 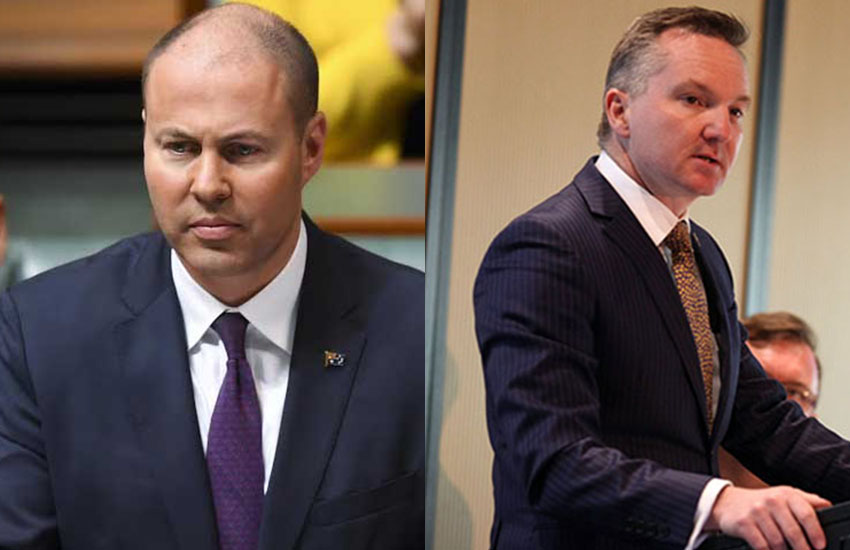