US President Donald Trump has unveiled his proposed tax reforms to both company and personal tax rates, which could damage global Australia’s competitiveness according to one industry body.

The Tax Institute has expressed concern over what US President Donald Trump's proposed tax reforms could mean for Australia.

“When you compare the proposed reduced tax rates to Australia’s company and personal tax rates, Australia's rates look uncompetitive particularly when other comparable rates in Singapore, Hong Kong and New Zealand are taken into account.”

President Trump’s proposals include cutting the corporate tax rate from 35 per cent to 20 per cent, despite earlier indicating a desire to cut it to as low as 15 per cent.

Regardless, this is much lower than the rates in Australia even with the tax cuts of this year’s budget implemented.

“If the proposed changes pass through the US Congress, Australia will be at a tax disadvantage with yet another of our major trading partners, the US,” Professor Deutsch said.

Earlier this year, prior to the budget, BDO partner Marcus Leonard expressed fears that such a company tax cut in the US will leave Australia in an even worse position on the global stage than it already is.

“The proposed US corporate tax changes are part of a comprehensive overhaul of many aspects of the US federal tax system, which is in stark contrast to Australia’s standalone corporate tax rate reductions,” Mr Leonard said.

“Australia needs to follow suit and look at the government’s recently announced corporate tax reductions as the first step of a holistic reform of the Australian tax regime.”

President Trump’s proposals also include reducing the number of personal income tax brackets from seven to three, at 12 per cent, 25 per cent and 35 per cent respectively.

“The Tax Institute believes the Australian top personal tax rate should be lowered and this need not result in an overall loss to the revenue if paired primarily with a broadening of the tax bases,” Professor Deutsch said.

“With the US planning to make its personal tax rate cut move, Australia must look critically at its rates as a matter of urgency.” 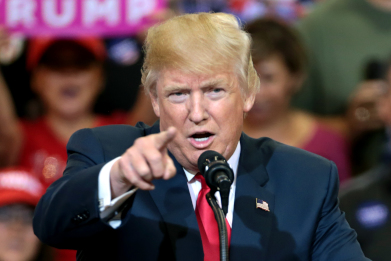