Yesterday, the $20,000 instant asset write-off legislation was passed by the Senate, meaning small businesses can continue to access the tax concession for another year. 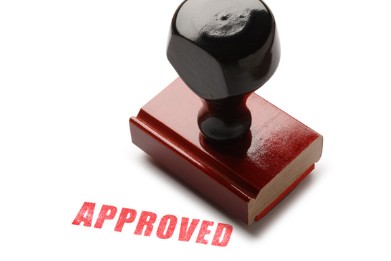 The government announced in the budget 2017 plans to extend the $20,000 instant asset write-off for small businesses which was due to expire on 30 June 2017.

Small Business Minister Michael McCormack announced yesterday that the legislation was passed by the Senate.

Chartered Accountants Australia and New Zealand confirmed to Accountants Daily that the legislation went through unamended.

A national survey, jointly conducted by H&R Block and Officeworks, found that up to 67 per cent of small business owners were not taking advantage of the $20,000 instant asset write-off, and that only one in 10 SMEs could correctly identify items that can be claimed as an instant write-off.

The IPA’s senior tax adviser, Tony Greco, told Accountants Daily there was an onus on accountants to relay important information about the tax break to their clients to help them gain the maximum benefits ahead of the end of financial year.

“It’s been in place for two years now but there’s still a lot of confusion, a lot of them just don’t understand how it works, what are the eligible items and the benefits that it provides,” Mr Greco said.

“When it was first introduced, we knew a lot of people thought it was a free handout and a lot of our members had to explain to clients that it was not a free handout, all you’re doing is bringing forward the deductions you would normally have claimed anyway but it helps with the cash flow, that was the main attraction.

“If a small business has an item of capital they need for their business, it is very advantageous to spend it in June because then you can claim it this particular financial year and receive the cash benefits in the New Year very quickly,” he added.

The upfront tax deduction for SMEs with an annual turnover of less than $10 million was due to expire on 30 June 2017 before being granted a one-year extension in May.

The survey also revealed that up to 46 per cent of SMEs believed that their accountant was proactive in searching for additional tax breaks for their businesses.

Seven in 10 SMEs relied on an accountant or bookkeeper to compile their business tax return, with 22 per cent believing these advisers could do more for tax planning opportunities to help their businesses.

“It’s not going to be there forever and it’s only when things get taken away that people baulk so whilst it’s there especially in the last couple of weeks in June, this is a good opportunity to strike while the opportunity presents itself,” said Mr Greco.