A big four firm has said that a negative gearing reform is not likely in the budget despite the majority of SMEs wanting it to be either capped or scrapped.

KPMG Enterprise recently released the results of its first pre-budget pulse check which produced some interesting results from respondents.

When asked what the government should do about negative gearing, 44 per cent of respondents said no action should be taken.

However, in contrast 42 per cent argued it should be capped, based either on taxable income or interest claimed, and the remaining 14 per cent said it should be scrapped altogether.

Speaking to Accountants Daily, KPMG Enterprise tax partner Brett Mitchell said that while the majority of businesses want some kind of change, he doesn’t anticipate any to be made in the budget.

“The survey result is a bit of a mixed result. Many people don't want changes to it but at the same time you've got 42 per cent saying it should be capped, so you've got a bit of a split result there,” Mr Mitchell said.

“However, the Treasurer gave a speech a couple of weeks ago where he was pretty clear that there would be no changes to negative gearing, so we're not expecting anything in the budget to come out on negative gearing.”

Mr Mitchell highlighted that there needs to be more modelling done to see what implications a cap would have before considering of introducing one.

“What we generally find is when they do bring in a cap, we seem to bring it in too low,” he said.

“So there may be some modelling to see if that was to be the case, what would it be? I’m sure the government’s done that work but where we sit today, we don't think they're going to be doing any changes in the budget on that front.” 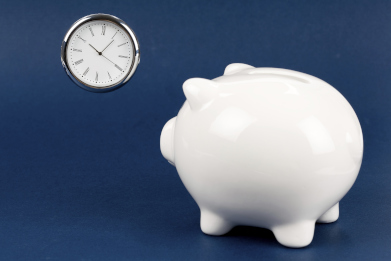