The ATO has recently released self-managed superannuation fund determination SMSFD 2014/1 which provides much in the way of helpful insights and guidance. 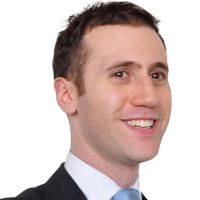 SMSFD 2014/1 builds on taxation ruling TR 2013/5 and SMSFD 2013/2 and provides some important insights regarding the ATO’s views on commuting transition to retirement income streams (TRISs). This article discusses some key points arising from the determination.

What is a ‘commutation’?
Although not expressly defined in it, from certain comments in the determination it is clear that the ATO views a commutation as being where an SMSF trustee’s liability to make pension (eg, TRIS) payments is exchanged or substituted for a liability to pay a lump sum.

I stress an important point at this stage, which applies not just to TRISs but to all pensions: The lump sum that arises upon commutation does not have to be cashed out of the superannuation system; the lump sum can be rolled over. More specifically, subject to the specific terms of the particular SMSF’s deed, it could be rolled over to another fund (SMSF or an APRA-regulated fund) or it could be internally rolled over within the same SMSF. I note that there are still a number of SMSF governing rules (typically contained in the SMSF deed) that do not permit internal roll-overs. Accordingly, reviewing deeds — and if necessary updating them — is a must.

Key point: partial commutations count towards satisfying pension minimums
The critical aspect of SMSFD 2014/1 is that if a TRIS is partially commuted and the resulting lump sum is cashed out of the superannuation system, the lump sum counts towards the required TRIS minimum payments. Naturally, this generally can’t occur because, if a TRIS is partially commuted, the preservation rules prevent the resulting lump sum from being cashed out of the superannuation system. However, to the extent that the TRIS is comprised of unrestricted non-preserved benefits, this is able to occur.

Not exceeding cap
SMSFD 2014/1 also provides somewhat of a pleasant surprise. Although a lump sum cashed out of the superannuation system due to a TRIS partial commutation counts towards satisfying the minimum pension requirements, it does not count towards the 10 per cent maximum. SMSFD 2014/1 illustrates this — and other important points — with the following example:

Sheldon is receiving a transition to retirement income stream.

On 1 May 2014, Sheldon requested, in accordance with the governing rules of the fund, to partially commute … to the extent of $20,000 and have paid to him the $20,000 as a result … The $20,000 was permitted to be paid to Sheldon as an unrestricted non-preserved benefit because the amount of Sheldon's unrestricted non-preserved benefits when the commutation took effect was $25,000

The $20,000 partial commutation payment was paid accordingly to Sheldon on 3 May 2014 as an unrestricted non-preserved benefit.

In specie payments
The ATO has previously expressed the view that a pension payment must be a payment of money and cannot be a non-money (ie, in specie) asset transfer. In SMSFD 2014/1 — consistent with SMSFD 2013/2 — they state that a lump sum that results from the partial commutation of a pension can be in specie. This is the case even though the partial commutation counts towards the required pension minimums.

An important tax trap
Imagine an SMSF trustee that is using its assets to fund a pension. Of course typically subdivision 295-F of the Income Tax Assessment Act 1997 would operate to exempt any income generated by those assets from being assessable income. That is, under what is colloquially called the pension exemption, income generated by pension assets is tax-free. Naturally, ‘income’ in this context includes net capital gains.

Now consider where an asset is rolled over to another fund. This raises the question of whether any income tax liability arises. On its face it may well because an asset is being transferred to an existing trust (ie, CGT event E2 is occurring).

Some argue that no income tax liability arises because — if the members of both funds are the same — there is no change in beneficial ownership. However, based on Kafataris v DFCT [2008] FCA 1454 this argument is doomed to fail.

Others argue that the pension exemption (or s 118-320) would operate to exempt or disregard any net capital gain or capital gain.

However, SMSFD 2014/1 reminds us that this may well not be the case. The determination states that the payment of a lump sum that results from commutation occurs after the cessation of the TRIS. Accordingly, there might not be a current pension liability at the moment when the CGT event occurs. This is particularly important for SMSF trustees that are not using the actuarial method to calculate the pension exemption, but rather are using the segregation method.

Accordingly, care should be taken when rolling assets from one fund to another as it may well give rise to a CGT-related income tax liability. Naturally, stamp duty and GST should also be considered.