One accounting body has found in its surveying of small business owners, over 90 per cent say engaging with an accountant significantly lowers their anxiety, and that accounting clients often share harrowing tales of depression and mental instability.

The Institute of Public Accountants is currently researching the role of accountants in the mental health of their SME clients. Chief executive Andrew Conway told Accountants Daily that he expects proving the positive impact that accountants have on their clients' wellbeing will give the association significant firepower in its lobbying with government.

In its surveying during a national small business roadshow, Mr Conway said it is becoming increasingly clear, as the association works towards producing a body of research, that accountants take on a significant role in the personal lives of clients.

The positive link between mental health and the work of accountants is well known in the accounting community, but not yet extensively formalised in accountants’ education. It has also not been sufficiently brought to the attention of government.

Some IPA members have been involved in taking their clients to hospital after a mental breakdown, and Mr Conway said he has personally fielded calls from accountants contemplating suicide.

“These issues are real, and we’ve got to be talking about them,” Mr Conway said.

“It’s been raised with us that small business and accountants are saying enough is enough, let’s get these issues out in the open, and hopefully help prevent someone from getting to the point of saying my business is causing me so much grief that I’m going to end it,” he said. 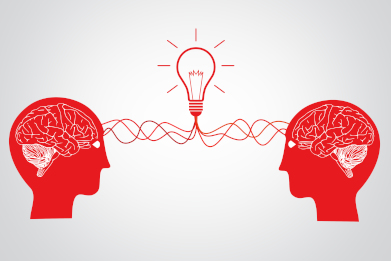 Comments have been disabled for this article