Understand what an audit is before calling for an overhaul

There have been rumblings of dissatisfaction with audits in Australia, which has now found a new voice in the hearings of the Parliamentary Joint Committee Inquiry into the Regulation of Auditing in Australia (PJC Inquiry). Stricter prohibitions on provision of non-assurance services to audit clients, applying a new lens to relationships which may create a conflict of interest, a tougher stance on independence as a means of improving audit quality, sufficiency of auditors’ leverage of technology and querying the value of audit are all topics up for debate. Whilst changes to the audit framework may well be justified, public commentators and agitators for change need to base any calls for reform on a sound understanding of the existing requirements for audit and auditors, so that any new or revised regulation focusses on achieving improved audit quality in a manner which is appropriate, consistent and proportionate without imposing an unnecessary burden.

While the PJC inquiry is questioning whether audit needs to be overhauled, some misconceptions are being aired through the process. The PJC has discussed at length the lack of prohibitions in Australia regarding the provision of non-assurance services to audit clients, even though there is an extensive list of prohibitions in the Code of Ethics for Professional Accountants.

The Code of Ethics is mandatory for practitioners when conducting audits in Australia through the requirements in the AUASB standards, which carry the force of law. Whilst further prohibitions could be considered, understanding the starting point is essential to inform debate.

Before calling for the introduction of new regulatory measures for audits, it is essential that stakeholders are well informed. Armed with an understanding of the status quo, along with any upcoming changes already in train, such as international standard-setting projects on non-assurance services and audit fees, they can better assess which measures represent a real change and may better appreciate the likely impact of any proposed changes.

To support these stakeholders and other users of financial reports, CPA Australia has published the revised A Guide to Understanding Audit and Assurance – Australian listed companies. The revised Guide helps to set the scene for the PJC inquiry, by providing a quick reference to assist stakeholders in framing their views and assessing recommendations which have been made or will emerge as the inquiry progresses.

There are often misconceptions about what audits are and what the opinion provided means, as well as what other kinds of assurance may be provided. In addition, there can be a mismatch between what the auditor is required to do under the auditing standards and stakeholders’ expectations. These expectations can extend to the auditor’s capacity for detecting fraud and non-compliance or to signpost and prevent corporate collapse.

The Guide seeks to debunk some of those misconceptions and unlock some of the information value in what is reported by the auditor. One part of the auditor’s role that can create tension is that the auditor is not permitted to disclose new information in their report which has not already been covered by the entity in the financial report, except if they consider that report is materially misstated, or there is insufficient evidence to support an opinion. In this case they need to explain the reasons for their modified report.

The auditor’s report has also become much longer in recent years, with the inclusion of key audit matters, to provide an insight into matters which were of most significance to the auditor, greater detail regarding responsibilities of the auditor and management and more explanation about the auditor’s consideration of other information, which is not audited but may be included in the annual report. The revised Guide steps through the audit process and each section of the auditor’s report, with the objective of helping stakeholders understand the reliance which they can place on the audit.

Whilst the Guide reflects the current audit requirements, it does not mean to say that change is not warranted. Indeed, the PJC Inquiry provides a great opportunity to explore how stakeholder needs may be better addressed and whether there are legislative or regulatory measures which can improve audit outcomes. Such changes are not made by the auditors themselves as they do not set the scope of the statutory audit nor the standards. CPA Australia’s submission to the PJC Inquiry highlights that there are a number of areas where reforms should well be considered, following clear identification of the problem and analysis of its root causes, and which may spread beyond the responsibility of auditors.

Root cause analysis of corporate failures and instances of significant fraud, on an Australia-wide basis, would also be beneficial in addressing those causes and understanding the extent to which audit failings are to blame. As the UK is in the process of considering some of these overlapping audit issues and solutions, closely monitoring those developments and their relevance for Australia will also be critical.

Understand what an audit is before calling for an overhaul 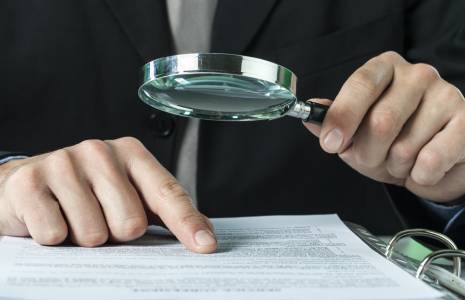