With the introduction of the new AASB 16 Leases, lessees are now required to account for the assets and liabilities from operating leases, changing the balance sheet forever.

After a long gestation period and extensive consultation and debate, the Australian Accounting Standards Board’s Leases standard finally became effective on 1 January this year, requiring lessees to capitalise many of their operating leases.

There is approximately US$3.3 trillion of lease commitments, of which 85% are operating leases (according to IASB research conducted of listed companies using International Financial Reporting Standards (IFRSs) or US Generally Accepted Accounting Principles (USGAAP)).

No distinction between finance and operating leases

AASB 16 has revolutionised the balance sheet, stripping any distinction between finance leases and operating leases, so that lessees will now have to capitalise all right-to-use assets and liabilities arising from the majority of operating leases. Short-term leases or low value assets such as laptops or phones are exempt from this requirement.

covenants such as Debt/Equity and times interest returned ratios as they may be impacted by this change to the balance sheet.

The changes are profound as by capitalising all leases, it changes the way practitioners classify the lessee’s profit and loss.

“People report on a lot of different profit measures – CEOs may report on Dashboard, Analysis, Reporting (DAR) or asset holdings, and these have the potential to change, depending on what you report on or what you highlight in your financial reporting,” explains Holland.

Out with the straight line basis under the old standard! The new AASB 16 treatment will have both depreciation and interest charges that are going to front load expenses in the P&L.

Importantly AASB 16 is now applicable not only to property leases but also to leases of vehicles, equipment and even office furniture.

AASB 16 permits three main transitional options and being aware of what they are and how they might change your financial reporting is obviously fundamental to making an informed decision about which one to choose.

“If you don’t put thought into which option you select, you’ve only got one chance to pick the transitional option, and once you’ve locked it in, that’s it. Different options may result in different asset balances or might result in different expenses going forward.

“So, without understanding what the options are and their impact, then you’re making a blind choice,” warns Holland.

Beyond these big ticket changes there’s a host of detailed changes relating to their implementation. Expert guidance through these changes and more is provided by David Holland in the Thomson Reuters’ Accounting Q&A Bulletin.

This Accounting Q&A Bulletin features one new tip each week, highlighting scenarios that can be crucial to the accountant’s practice, including issues relating to AASB 16 such as options to extend leases, the separation between lease and non-lease components and the initial measurement of the lease liability once you have established there is a lease.  Find out more. 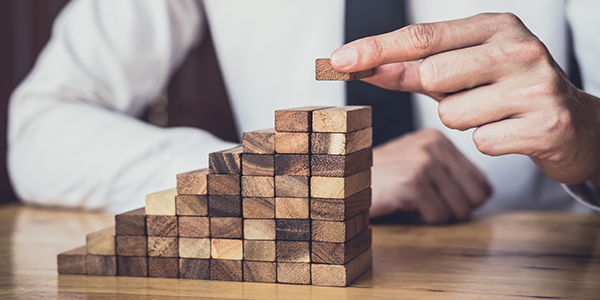