Blockchain and the future of accounting

Can blockchain revolutionise accounting? Is the cost worth the as-yet-to-be-delivered benefits?

In a perfect world, blockchain and the world of accounting would be close bedfellows, working side by side to create the perfect system of asset recording, storage and administration.

Blockchain records and stores assets, liabilities and transactions, and provides methods of recording cash flow and reconciling accounts. It doesn’t offer double-entry bookkeeping, but multiple entry with its new distributive ledger technology. It sounds tailor-made for the world of accounting. Here’s a system that doesn’t need separate records based on transaction receipts, where transactions are written directly into a single register, which then creates an interlocking system of records – or “blocks” of information – that it automatically verifies, and can be viewed by, all users.

ARGUMENTS FOR AND AGAINST

Fear of how technology will disrupt an industry that has depended for so long on human oversight and scrutiny is a key reason for the slow uptake of blockchain. Jobs will be affected, too, even if that’s rarely an issue for most corporations. Cost, not staff numbers, is what keeps the C-suite awake at night, and blockchain in its present form remains very costly.

There are also questions over the system’s data storage capacity and speed, as well as its applicability. Some say blockchain is a system looking for a solution. There are other relational databases that can do much the same, which exist now and can be implemented more cheaply. These systems allow records to be encrypted, to render them unalterable and permit them to be distributed across multiple locations.

Blockchain has proven itself as an instantaneous record keeper and storage system for information, but beyond that it remains mostly in the realm of proof of concept, an excellent aide for inventory and supply chain management. The best-known examples are Walmart, which has put all its fresh food suppliers on a blockchain-enabled system, and shipping line Maersk, which has developed a system called TradeLens, which uses a blockchain system to digitalise its entire supply chain. Cross-border payments are said to be next in line for multiple ledger adaptation.

She notes that that blockchain will not disrupting the industry any day now, but the efficiencies it offers can neither be underestimated, nor ignored. Humans will not be out of equation for quite some time, O’Brien Sharma says, but in the meantime, accountants are doing themselves a huge disfavour by not testing these new tools.

You can see Nathan O’Brien Sharma at CPA Congress during October in Adelaide, Brisbane, Canberra, Hobart and Melbourne. Go to https://www.cpaaustralia.com.au/training-and-events/cpa-congress

“Right now, accountants have an impossible job – they are there to detect fraud, to find problems and anomalies, but there’s just so much information and data out there, it’s impossible for any one person or group of people to review it,” she says.

“The new technology will be even more secure to work on and it means the costs will go down and accountants can spend their time on the highest leveraged activities.”

Sharma says this is about evolution. Consider the accountant’s role before Excel spreadsheets, she says. “Think about being an accountant without Excel or QuickBooks or without the many tools they need to make themselves highly effective, and now think of blockchain as yet another tool.”

Sharma is not saying entire accounting systems should be converted to customer-facing blockchains tomorrow. She is also aware of the criticism levelled at blockchain, not the least by McKinsey in its now highly reported statement that blockchain is in its infancy and “relatively unstable, expensive and complex”.

Sharma’s answer is that technology is changing at an exponential rate and that ignorance or apathy will put the slower movers at a disadvantage. “You don’t have to invest all your time and energy on it. That said, if you don’t run a pilot, it’s going to be hard to be a fast follower,” she says.

The adoption by some high-profile names is proof that blockchain is on the rise, says Sharma. Some of largest financial institutions in US are using it – IBM has been testing a Blockchain World Wire payment network while Nasdaq and Citibank are using the technology to automate payment processing from Citibank to Nasdaq’s blockchain.

Sharma also believes that blockchain could well have raised red flags to some of the more egregious aspects of the global financial crisis. If financial products could have been tracked more efficiently, she argues, the problem may have never occurred.

“It’s a new tool that will change the role, but not make it obsolete. Those accountants who can embrace new technology, artificial intelligence and the blockchain will be well ahead of the game.”

* Nathana O’Brien Sharma will speak at CPA Congress during October in Adelaide, Brisbane, Canberra, Hobart and Melbourne. Go to https://www.cpaaustralia.com.au/training-and-events/cpa-congress

Blockchain and the future of accounting 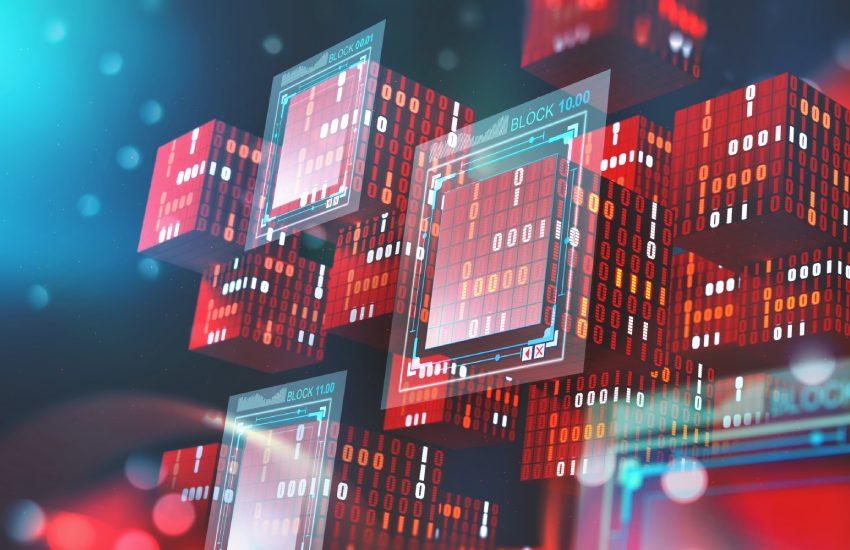