The Tax Office has released new data providing an overview of Australians’ income statuses, including accounting professionals, revealing some concerning and significant discrepancies. 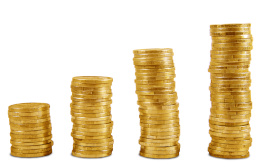 The data, taken from the 2013-14 financial year, reveals major and ongoing pay gaps between female and male accounting professionals.

These statistics are in line with recent research from KPMG, which concluded that the gender pay gap in Australia is actually worsening, despite increased public awareness and campaigning.

“Clearly we need to redouble our efforts to address the gender pay gap,” said Workplace Gender Equality Agency director Libby Lyons, on the back of KPMG’s assessment.

“And while organisations can do a lot to close the gap in their individual workplaces, there are structural inequities between industries and in the wider economy which must also be addressed. Business, government and the wider community all have a role to play,” she said.

Gender discrimination has in fact been an ongoing sore point for the industry in 2016, beginning with research from the University of New England (UNE) in the first half of the year.

This research, which sparked a fiery reaction from the AccountantsDaily readership, indicated female practitioners, particularly within regional accounting firms, still feel overwhelming levels of inequality in the workplace when it comes to pay and promotions.

The report found that while women make up half of the qualified practising accountants in Australia, these numbers are not translating to senior positions such as principals and partners.

“Gender inequality continues to be reinforced and reproduced by male principals and partners through day-to-day work and social practices,” said Dr Sujana Adapa of UNE.

“These women felt they couldn’t see themselves progressing into senior roles.”