While it’s likely practising CPAs will have to purchase additional insurance as the removal of liability protection looms, accountants fare well - particularly compared to financial planners - with their insurers, and will unlikely experience a dramatic difference to their risk exposure. 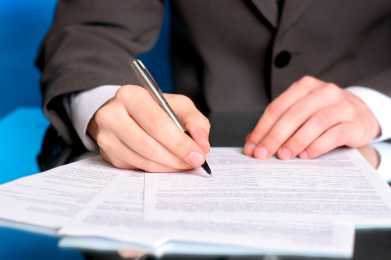 On 7 October, all mainland CPA Australia Public Practice Certificate members will lose the protection of the Professional Standards Scheme, which caps their liability for the provision of certain services. The scheme does not operate in Tasmania.

CPA members are enraged by this development in a saga that has seen its CEO sacked, board members wiped, and the predictable revelation that the conflicts created by CPA Australia Advice are part of what has compromised members’ liability cover.

However, insurance and compliance experts believe that the good standing of accountants with professional designations should ensure that the PSC’s expiration will not result in a major change to the way practising CPAs do business.

It is vital that affected members assess their professional indemnity insurance policies to ensure they are appropriately covered without the liability cap in place.

Accountants are most likely only purchasing the minimum cover necessary, meaning additional cover will likely be required.

“If the most you’re ever going to be liable for is $1 million, you’re never going to go and buy $2 million worth of insurance, it’s a waste of money,” solicitor director at The Fold Legal Jaime Lumsden Kelly told Accountants Daily. “Accountants out there who realistically have an exposure that is now higher, they should be buying more insurance.”

However, because of the nature of insurance packages on the market, some accountants may already have sufficient cover in place, and should appropriately assess this before 7 October.

“Some accountants may play it relatively safe and are comfortable maintaining their existing level of cover, some may see that the cap no longer exists and see that there is a requirement to increase their cover,” he said.

“Notwithstanding that the cap is removed, accountants should still take a proactive view in assessing whether or not the limit of indemnity is adequate, and no doubt some might view it as necessary to increase their limit post the cap expiring,” he said.

In light of the liability cover lapse, CPA Australia will be giving affected members access to a group professional indemnity excess insurance policy at no cost.

It is also unlikely that any existing policies that are in place will be invalid, as was feared by some Accountants Daily readers.

“All professional indemnity policies contain a requirement for an insured to notify the insurer of any material changes to the risk. And insureds have a duty to do that under the insurance contract,” said Mr Dawson.

“But to be safe and for the avoidance of doubt, accountants might want to disclose to their insurer that the cap no longer applies until the 8th of October as a matter of good practice, but I wouldn’t expect that to lead to insurers voiding policies or not responding to any claims.”

Insuring accountants is “competitive and attractive” to insurers, said Mr Dawson, which is indicative of the relatively low level of claims made against accountants.

“There are areas that insurers view as far more risky than accountants’ professional indemnity insurance. Insurers certainly wouldn’t think that accountants were the riskiest in the world,” he said. “It’s not like it’s a distressed market or it’s a market that insurers are getting slammed with far more claims than what they’re taking in in premiums,” he said.

Echoing these sentiments, Ms Lumsden Kelly said she “hardly ever” sees complaints made against practising accountants, particularly compared to other advice professionals.

“It’s not like financial planning in that sense where complaints are much higher.

"Probably a lot of them won’t do anything, because they’ll think ‘well I’ve never had a complaint and never had a claim, I’m not going to change my insurance.’”