Multiple accounting bodies have reported marked increases in membership enquiries from CPA members in recent weeks, particularly in the days since CPA Australia confirmed it could not renew a scheme which provides legal indemnity for its practising members. 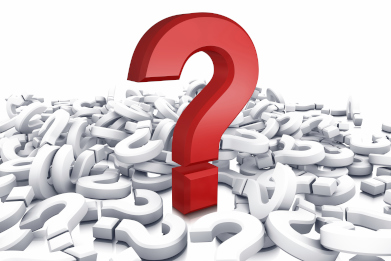 A Chartered Accountants Australia and New Zealand (CA ANZ) spokesperson told Accountants Daily that while members of other industry bodies have always been able to transition to CA ANZ, an increase in demand has led them to create a new webpage specifically for CPA members seeking a pathway to membership with CA ANZ following an increase in enquiries.

“The page is recent – it was in response to increasing enquiries from CPA members – we made the information available due to public interest,” the spokesperson said.

“The website has been up for almost a week and we have received over 300 enquiries. Our usual enquiries are much lower – in a typical year we will have between 30-50 CPA members join our organisation.”

A spokesperson from the Institute of Public Accountants (IPA) told Accountants Daily that they have also seen an increase in enquiries, particularly since the Professional Standards Council (PSC) revealed that a lapse in liability coverage for CPA members and their clients is imminent.

“There has been a steady increase in [enquiries from CPA members] recent months and noticeably since the news that the CPAA PSC scheme will expire on October 7th,” the spokesperson said.

“Currently we are fielding approximately 50 enquirers from CPA members per week.”

The IPA has recognised membership with associations who are full members of the International Federation of Accountants (IFAC), which includes CPA, for many years, but the spokesperson said they will be ramping up awareness of this transition pathway.

“We will be promoting to offer our support to those CPA members in need of assistance,” the spokesperson said.

“As a part of this, we will also be promoting the change to our professional program which we will announce next Tuesday.”

“Our membership is firm based, not individual, so many CPA members are already NTAA members or employed by NTAA members,” Mr Boxer said.

“We have definitely experienced an increase in NTAA membership enquiries from CPA members over the last four weeks. Enquiry numbers represent a three-fold increase when compared to previous years.”

Accountants Daily contacted CPA Australia for comment on the matter and received a response from spokesperson Stuart Dignam.

“We are disappointed to lose any member to any accounting body in the world, or from the profession generally,” Mr Dignam said.

“CPA Australia remains a strong business offering valuable services to our members and we are proud of our offer and our staff.”

CA ANZ and the Institute of Public Accountants recently weighed in on the CPA saga, with particular concerns for CPA members who are at risk of losing their liability coverage.

The independent panel tasked with conducting a review into CPA Australia revealed details on how it will engage with members throughout the process yesterday.

Panel chair Ian McPhee, who replaced the originally appointed chair, Sir Angus Housten, after he stood down from the position due to time constraints and his independence being publicly called into question, said the panel met for the first time this week to consider the Terms of Reference.

“The Terms of Reference are broad enough to allow the issues that have been raised by members and others to be addressed through the review process. As a priority we want to establish an appropriate communications framework that will allow us to engage with CPA Australia’s members,” Mr McPhee said.

“We will keep members updated as we settle on the exact nature of this framework but as soon as practicable we want to establish a website presence that will be able to act as a mechanism for members to provide feedback both in a domestic and international environment.”

Mr McPhee said that the panel intends to invite submissions from members and plans to meet with the consultative panel of Divisional Presidents as part of the review process.

The panel will provide a preliminary report by 15 September.