CPA Australia members have launched a petition for a spill of the board, while the association prepares to provide imminent guidance on liability cover for members and outcomes of its ongoing review. 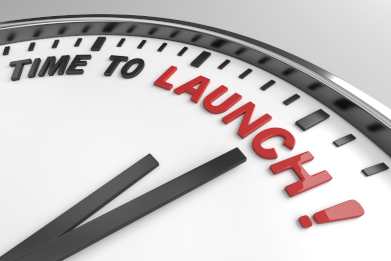 Four CPA Australia members have created an online survey calling for a spill motion against the board, with a view to get 5,000 members involved.

NSW-based accountant Brett Stevenson, who is principally leading the member rebellion, said he has also now raised $17,500 in a “fighting fund” established to finance legal advice and pursuance of government assistance in his efforts to shake-up the leadership and corporate governance at CPA Australia.

He has pledged his support to the spill motion and distributed it to his database of CPA members, which was established for member action correspondence in relation to CPA Australia.

This news comes as the association instigates “widescale” change in the wake of chief executive Alex Malley’s termination on Friday evening, spokesperson for the association, Stuart Dignam, told Accountants Daily.

When asked about the association’s plans for its marketing moving forward - which has been heavily focused on Mr Malley - and whether members will be absorbing any costs of this saga, Mr Dignam commented that CPA Australia is currently working through what the host of changes mean for all aspects of the organisation.

“The board has initiated widescale change at CPA Australia. An interim chief executive has been appointed and a process will be launched to appoint a new chief executive; an independent review has been announced; and there will be at least eight new directors appointed to the board of 12 by 1 October real renewal,” Mr Dignam said.

“In coming days and weeks the board will make further announcements on key initiatives, including the independent review,” he said.

Accountants Daily has also sought clarity from CPA Australia on what the current legal indemnity issues facing members are, as reported by Fairfax Media, and what they mean for members in practice.

Mr Dignam advised that members will be receiving guidance and advice from CPA Australia today about risk management procedures and how to determine appropriate levels of professional indemnity insurance cover, following hold-ups with its application to the Professional Standards Council (PSC.)

The PSC schemes provide accountants with an additional layer of security for firm’s risk management, with capped liability for the provision of certain services.

CPA Australia lodged an application for a new Professional Standards Scheme in January 2017, which has been assessed by the PSC of NSW.

Last week, the PSC advised that it is unable to direct the proposed new scheme to be published for public notification. It is seeking additional information in relation to CPA Australia’s status as an occupational association as a result of the establishment of its licensing arm, CPA Australia Advice.

It is, therefore, likely that there will be a gap in the operation of the Victorian scheme, and possibly other states and territories where a scheme is in place.

Mr Dignam stressed the application remains active and proceeding, and Accountants Daily is awaiting response from the PSC, who did not provide comment by deadline.

This comes as ASIC confirmed its inquiries into CPA Australia are ongoing. Mr Dignam said CPA Australia engages with ASIC on a continual basis, as a regular part of its business activities.

ASIC was not able to confirm to Accountants Daily if its inquiries are common practice or if they are exceptional in these circumstances.

At a parliamentary joint committee hearing earlier this month, ASIC commissioner John Price said the corporate regulator is looking into issues related to expenditure of money, the Singapore-based annual general meeting, and some broader corporate governance issues at CPA Australia.

“The overall governance issue for any company or its directors is always to turn their minds to whether whatever contracts or expenses they are incurring are in the best interests of the members,” said ASIC chair Greg Medcraft, who appeared alongside Mr Malley at the launch of CPA Australia Advice.