The former chief executive of Wickham Securities has been sentenced to imprisonment after pleading guilty to various charges brought by ASIC, including fraud.

ASIC announced on Friday that Garth Peter Robertson, who pleaded guilty in July to dishonestly obtaining property and money, giving false company information to trustees and falsifying books, had been sentenced to five years in prison.

In the Brisbane District Court, Mr Robertson was sentenced in respect of 11 fraud offences, to be suspended after 20 months for a period of five years, ASIC said.

Justice Tony Moynihan said Mr Robertson took money from Wickham when he knew the company was in trouble, which ultimately diminished the sum available to creditors of the company.

The victims of Mr Robertson's "fraudulent and deceitful behaviour" were adversely affected and there were devastating consequences for those who lost money as a result of his conduct, the judge said. 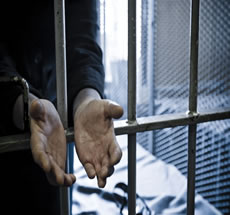