Firms, like PwC, have been trumpeting the benefits of an inclusive parental leave policy — that is, a program which is available to new parents irrespective of gender. This works to shift the cultural perception that women should be primary care givers in the family unit.

However, Pilot Partners associate director Thomas Paul, who has recently returned from paternity leave, told Accountants Daily that despite these shifts, there is still some stigma in the accounting industry around men taking extended leave when their child is born.

“There's been an evolution over the last decade where maternity leave for women has been very much highlighted as a benefit, but I think men are still worried about taking it and what the impact could be on their career,” Mr Paul said.

“I think there is still a stigma in general, but things are certainly getting better.”

Mr Paul stressed that he had a smooth experience with his firm, but feels that is not always the case for his industry counterparts.

“I’ve certainly heard of other companies where they make a big noise about having a policy on file, but no one actually uses it because they're afraid to ask, or its frowned upon and you know your career would be at risk,” he said.

“It's good to see that it's changing and I think a lot of accounting firms are coming on board with the fact that flexible work arrangements are important, and not just nice platitudes to put out there.”

Looking ahead Mr Paul wants to see parental leave become completely normal and accepted for both male and female employees.

“I’d definitely like to see more firms adopt the policies and actually stand behind them and mean it when they say working parents can take time off,” he said.

“What I’d really like to see is it less becoming maternity leave and paternity leave, just to become parental leave where there's no distinction between the genders on leave, it's just known as new parent leave and it's up to the parents to decide between themselves who's going to take the leave if any.”

Meanwhile, Accodex CEO Chris Hooper has found that since taking paternity leave himself in recent weeks, he has realised the importance of an inclusive leave policy for all employees with children — regardless of gender — to access.

“It's definitely an issue I have a new-found appreciation for. While we were already quite flexible with the use of leave, part time work and working from home, I am trying to lead by example at Accodex,” Mr Hooper said.

“I take baby Lincoln into the office a few times a week and I'm encouraging the other parents in the office to do the same. We have a room setup in the office, a stash of nappies, bottles and formula in the kitchen.

“I actually think the presence of children in the office actually has a positive effect on morale.”

Mr Hooper echoes Mr Paul’s sentiment, saying that while many firms have the policies in place, they aren’t always being utilised.

“You'll find that accounting firms will adhere to maternity and paternity leave policies to the letter of the law,” he said.

“[However] culturally, I think the accounting profession is very anti-baby. I would hazard that there's a cultural expectation that most men would return to work within two weeks or less.” 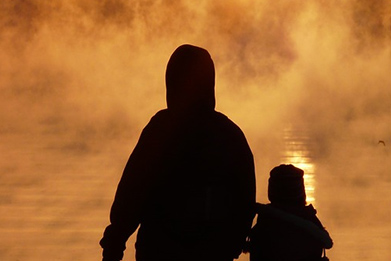