One mid-tier accounting firm has indicated that the Western Australian economy has stabilised and that the current market conditions - which require more groundwork to win clients - are the “new normal” for accountants.

Speaking to Accountants Daily, Peter Gray, who was recently appointed as a director at Moore Stephens WA, said that it’s no secret the Western Australian economy hasn’t had the best few years.

“Certainly, economically we've been on a downward slope, particularly compared to the east coast and that's no more obvious than in property prices; the east coast has been going gang busters while we've backed out or flattened off,” he said.

While this is the case, Mr Gray believes that the economy in Western Australia has flattened out at the bottom of a cycle.

“The last 12 months has a fairly strong showing that we're somewhere around the bottom and this is the new normal for us,” he said.

“Ten years ago through the boom you just sat at your desk and your phone kept ringing as normal, but that's not normal. We’re all still fairly busy, it's just you have to put in a bit more effort to win work now.”

Looking ahead Mr Gray said that he expects, if anything, the economy to improve.

“Economically things are looking better, whether they get a lot better from here, that's hard to tell, but certainly we've seen the market level out and there's a lot of positivity and activity around.”

Earlier this year HLB Mann Judd shared similar sentiments regarding the Western Australian market and that the accountants who have weathered the downturn are now starting to reap the rewards.

“That is a challenge for the accounting industry in servicing and supporting some of these businesses, but they are actually very loyal to their service providers and to those who have been able to show them some support during their lean times,” HLB Mann Judd partner Nicholas Guest said.

“Now it's good news for the firms that have been able to continue to service them at a base level of economic growth rate, with the understanding that when the next opportunity for a transaction or the like comes along, everyone will be rewarded.” 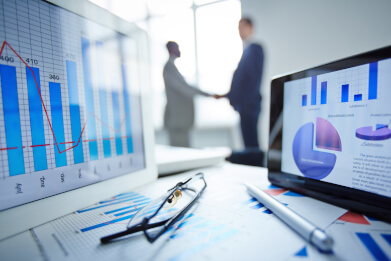