The Institute of Public Accountants has today revealed a new logo to achieve greater alignment with small business, but has assured that its marketing spend will not be exorbitant.

Today, the Institute of Public Accountants (IPA) revealed a new logo for its operations in Australia and overseas.

IPA chief executive officer, Andrew Conway, said that the “fresh look” will be applied consistently in all jurisdictions that the IPA Group operates in.

“A brand is much more than a logo. It is about what we say and how we say it; the language we use and the way we engage with our members, colleagues and external stakeholders,” Mr Conway said.

“It is also about having the conviction of not only what we do but why we do it and for the IPA Group that is to improve the quality of life of small business; this is something our members have a strong affinity with.

The IPA conducted extensive market and member research through its design partner, Bastion Effect, prior to making the changes according to Mr Conway.

“This research told us we needed a stronger market presence and a greater and visible alignment with small business,” he said.

“The creative design of the logo is built on what we are referring to as the power of three and gives us much flexibility in our marketing approach as it could relate to the collective of our members, their small business clients and our business. Equally it refers to the three main regions we operate in: Australia, Asia and the UK.”

Mr Conway said that their despite the new look, the IPA’s marketing effort will be “modest” and won’t include “exorbitant advertising campaigns”.

The new logo will be followed by a range of new initiatives from the IPA including a change to its professional academic program to incorporate an MBA according to Mr Conway.

The IPA confirmed it has not changed entity names, including its subsidiary, the Institute of Financial Accountants (IFA) in the UK, but the IFA will now have a very similar appearance. 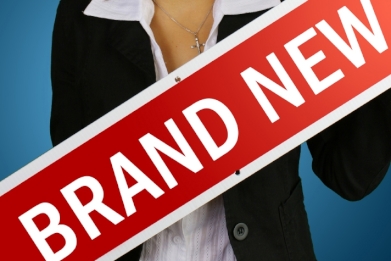