Accountants are failing in their “duty of care” to pick up on indicators of financial stress in their clients’ businesses and inform them of the various options they have, according to a mid-tier.

Worrells Brisbane partner and editor of the guide, Chris Cook, told Accountants Daily that the purpose of the guide is to inform accountants and other SME advisers on the current corporate insolvency environment.

“We get continuously frustrated by the fact that people out there aren't necessarily getting the guidance that they need,” he said.

“We see [clients] being pigeonholed sometimes by people into an outcome that may not have been the right outcome for them.”

Mr Cook said that accountants also occasionally fail to identify when their clients are in distress if they’re too focused on just one part of their business and aren’t looking at the bigger picture.

“There is a huge need to have people properly inform their clients. The first thing is knowing how to identify when is a client in distress, because sometimes they don't see the indicators,” he said.

“Really we think there's a duty of care on the accountants to make sure that they are looking at the whole picture because their clients are often uneducated in that area.”

This is where accountants need to up their knowledge and increase their communication with clients to ensure the best outcome is achieved according to Mr Cook.

“If something’s going a little pear shaped, it doesn't necessarily mean the end of the world, it might be a short-term problem, but it might be a catastrophic problem as well and that's where they need to make sure they're getting the right advice from the right people,” he said.

“That's why we try to give as much information about what are the indicators because unfortunately we've seen too many stories of people that have perhaps been given the wrong advice, which has led to a decision being made that may not have been the appropriate decision.”

With phase one of the Insolvency Law Reform Act coming into effect on 1 March 2017, and the second phase due to be implemented on 1 September 2017, Mr Cook said it’s important accountants and their clients are up-to-date.

“They’re two very different pieces of legislation and a lot of the reform is to align the two a little more.” 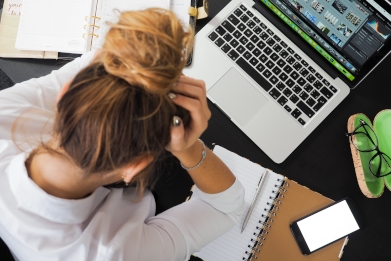