One national advisory firm has pointed to targets, both for firms individually and the industry as a whole, as the way to improve gender diversity in the accounting profession.

This month Grant Thornton released a report, Women in Business 2017: New perspectives on risk and reward, based on the firm’s annual survey of 5,500 businesses in 36 economies.

Even worse, globally 12 per cent of CEOs are women, while in Australia that figure has been declining for the last five years and now sits at 3 per cent.

On a positive note, the number of organisations with no women in senior leadership roles in Australia has decreased from 33 per cent in 2013 to 20 per cent in 2017, while the global average has stalled around 33 per cent over the same period.

“Corporate Australia seem to be implementing a number of initiatives that appear to have some impact, but more can be done collectively to start moving the top line figure for women in senior leadership positions.”

Speaking to Accountants Daily, Grant Thornton CEO Greg Keith said that policies and targets are the answer to improving gender diversity in the accounting profession.

“I think the commitment to targets is a critical component to it. It creates accountability, a way that people can be measured and recognised, and rewarded for achieving those targets,” Mr Keith said.

“I believe setting targets to both, as an individual firm and also as an industry, would be advantageous.”

Mr Keith said that Grant Thornton has set aggressive targets to change gender diversity at partnership level within the firm.

“We set targets for every office managing partner and it forms part of their KPIs and their remuneration system. So we've ensured that we are recognising and rewarding the right behaviours throughout our organisation to drive change.”

Improving gender diversity is crucial because it’s an important aspect in the eyes of clients when selecting firms to work with, according to Mr Keith.

“What's important is that our mid-sized business clients are expecting us to become advisors, not just providers of products or compliance products, and to do that we need diversity of thought,” he said.

“Without a doubt gender diversity is one of, by no means, the sole, but it's one of the issues that will create diversity of thought and provide far greater outcomes for our clients and for our people.” 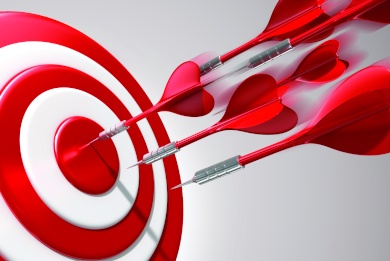