One specialist funder and SME lender has successfully listed on the ASX, six months after snapping up its biggest competitor.

Scottish Pacific listed this week at $3.35, with a market cap of approximately $445 million.

Speaking to AccountantsDaily's sister publication Mortgage Business, Scottish Pacific CEO Peter Langham said the decision to list had been in the pipeline since the company was bought out by private equity firm Next Capital in 2013.

“None of the acquisitions we’ve undertaken recently had anything really to do with the decision to list – it was always on the cards,” he said.

“I had a discussion with the chairman [about listing] before those opportunities even presented themselves.

“We may have accelerated the listing by a year or so as a result of the acquisitions, though.”

Scottish Pacific’s most significant acquisition to date was perhaps that of rival SME lender Bibby Financial Services in December last year, with the combined business now employing almost 300 staff, handling approximately $10 billion of annual sales and providing some $700 million of funding to clients.

“For our management team, it gives us certainty of our ownership going forward in the long term,” he added.

“We’ve been running this company for close to 10 years with various owners, so becoming a public company gives us the ability to build a company for the next 10 to 20 years, compared to the three-to-five year horizon that private equity firms may have on a business. We’re excited about that.” 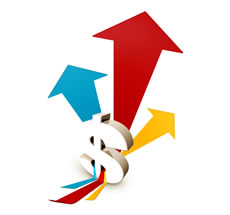