Even before the report of the Small Business Loan Inquiry, which highlighted a range of problems with the Australian lending market earlier this year, businesses had been looking for quicker and fairer funding. While many online lenders certainly provide the former, high and opaque fee structures mean SMEs may find better options by moving away from the concept of debt finance altogether.

In her report as leader of the inquiry, Small Business and Family Enterprise Ombudsman Kate Carnell pointed to the issues around 'non-monetary default clauses' – small print in the loan agreements offered by many banks which meant the borrower could suddenly be hit with a crippling rise in interest rates or even have the loan withdrawn even though they had never missed a payment.

Not surprisingly, business owners view this possibility with horror: the last thing they want is to expose their hard-built enterprises to the vagaries of the financial world far beyond their control. And even as banks queue up to distance themselves from a practice they all participated in, further serious problems with traditional lending remain.

One is that it remains a fraught and complex process, with decisions taking weeks and even months and many loans being rejected on technicalities without further discussion. For ambitious entrepreneurs, and even your average growing SME, that is intolerable. They need to access money when opportunities arise, so they can react to innovations, shifts in the market, new contracts and sales trends.

It's hardly surprising then, that many businesses have turned to Australia's burgeoning 'alternative lending' market. The name itself is somewhat misleading, though: this is traditional debt lending, but typically done on the Internet by a lender that is not a bank. However, they are big businesses, and the cards are still firmly stacked in their favour.

In fact, because they are spending less time on assessing each loan, their costs have shifted upwards to cover the risk of bad debts. As the industry is unregulated, it is hard to get reliable figures on Non-Performing Loans, but the default rate is thought to be considerably higher than in the traditional banking sector's SME lending, with estimates as high as 9% in the industry. For businesses that pay their way, that means carrying the cost of those that default with annualised interest rates of up to 45% from some lenders.

The major advantage of such online-sourced debt is that approval can be easy and fast: An SME can apply to borrow up to $250,000 and receive the funds within a few days. But loan repayments are equally swift, as the business starts repaying the loan almost immediately on a weekly or fortnightly debit order.

Given that the most common reason that SMEs seek to borrow is to improve their working capital situation, ironically, it’s sad to see that such terms create a cash flow issue for the business rather than solve it. Now, on top of chasing late paying customers and dealing with suppliers demanding to be paid, the business must meet regular payments on pain of punitive cost hikes by an unregulated loan provider.

Cash flow issues are already the leading cause of business failure, and as problems with traditional financing increase, late payment has become a recurring and self-fuelling problem in Australian business. The typical SME has thousands of dollars owing to it in unpaid invoices at any one time – and in the case of some high turnover sectors, that can run into tens or even hundreds of thousands.

Those invoices will be paid, but by holding back 30, 60 or even 90 days to ease their own cash flow issues, businesses are starving each other of cash. However, it is in these cash flow issues that a better solution can often be found, by moving away from debt lending altogether.

Cash flow financing, or invoice financing as it's sometimes called, means borrowing against those outstanding invoices, with the capital repaid in full only when they are paid. It isn't as new or radical as people think: there's some evidence it was around in Biblical times. But by combining it with modern financial technology (FinTech), it's now possible to get invoice financing that is at least as fast as internet debt lenders, but infinitely more flexible. 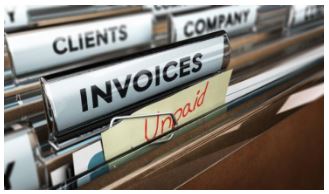 There are many kinds of invoice financing for Australian SMEs to consider, but with flexible, online invoice lending as provided by The Invoice Market (tim), businesses can raise as much or as little as they need based on the security of their invoices. Most importantly, there's no need to plan for re-payment as there are no repayments. In fact, tim’s customers make no payments to tim at all, tim's customers receive the final 20% of their invoice – 80% having been funded upfront - when it's paid, minus just a small pre-arranged fee.

If the business owner then uses the funds advanced to pay for their supply inputs, they could negotiate early payment discounts with their suppliers. Some of tim’s clients have been able to negotiate as much as 10% supplier discounts resulting in the use of debtor funding being a profit centre for their business.

This is a far safer and more effective way of getting crucial funding into Australian business, and it's available with a few clicks of a mouse.

If you are curious on how to get a conditional funding offer from tim within 24 hours, visit https://www.theinvoicemarket.com.au/contact/. 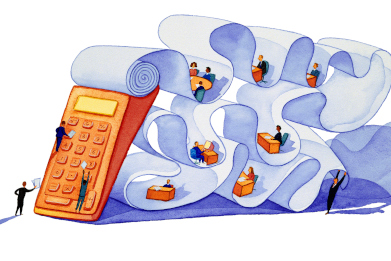