Last week, the ATO clarified transition to retirement income streams, and there are several considerations to be aware of as a result.

The ATO in SMSFD 2013/2 confirmed that an account-based pension can be partially commuted to a lump sum to enable a member to take advantage of their low rate cap. (The low rate cap for the 2014/2015 financial year is $185,000.) However, the ATO in paragraph 11 of this SMSF determination stated:

“11. This determination does not apply to an account-based pension that is a 'transition to retirement income stream ...”

Thus, the ATO has until very recently had no confirmation on whether a member with a TRIS could implement this strategy.

However, the ATO updated the TRIS information on its website on 18 September 2014 to confirm that to the extent that a member has unrestricted non-preserved benefits (UNPBs) funding their TRIS, they can also partially commute such an amount to take advantage of their low rate cap.

Why is utilising the low rate cap advantageous?

Kerry is 57 years old and has a $500,000 TRIS with a 100 per cent taxable component. The TRIS interest is comprised of a $250,000 preserved amount and $250,000 of UNPBs. Kerry is on the top tax rate of 45 per cent, plus the two per cent Medicare levy and is also subject to the Temporary Budget Repair levy of two per cent to the extent her taxable income exceeds $180,000. Thus, Kerry currently pays 49 per cent on every $1.00 earned in tax; leaving her 51 cents out of each hard-earned dollar. (Assume Kerry is on the top rate of tax even if she did not receive any TRIS payment.)

Kerry must be paid at least the minimum annual amount each financial year by the trustee of the fund providing her TRIS under reg 1.06(9A) of the Superannuation Industry (Supervision) Regulations 1994 (Cth) (SISR). In particular, reg 1.06(9A)(a) provides:

"(a) for a pension in relation to which there is an account balance attributable to the beneficiary — the total of payments in any year … is at least the amount calculated under clause 1 of Schedule 7;"

The ATO confirmed in SMSFD 2013/2 that the ‘total of payments in any year’ includes a payment made as a result of a partial commutation of an account-based pension (other than a TRIS) under reg 1.06(9A)(a) of the SISR.

A partial commutation is evidenced by the member making an election before a particular payment is made under reg 995-1.03 of the Income Tax Assessment Regulations 1997 (Cth) (ITAR 1997). Broadly, this election results in the amount that would otherwise be taxed as a pension, to be taxed as a lump sum.

Where the election can be used, it is very powerful. It means that:

- At the super fund level, the payment still counts towards satisfying the minimum pension requirements.

To continue the TRIS example from above:

However, Kerry may wish to increase the amount withdrawn from her TRIS given it is tax-free.

Usually, a 10 per cent maximum payment applies to a TRIS each financial year. However, this 10 per cent cap does not apply to a commuted amount. Thus, Kerry could withdraw the total amount of $185,000 tax free from her TRIS if she wanted to exhaust her lifetime low rate cap.

"When working out whether you have stayed below the maximum annual pension payment limit, you ignore any payments you made as a result of any commutation of the TRIS."

This is in accordance with reg 6.01 of the SISR which, in the definition of TRIS, states:

"(b) a pension provided from a superannuation fund, the rules of which:

(ii) allow total payments (excluding payments by way of commutation …) made in a financial year to amount to no more than 10 per cent of the annuity account balance."

Is it wise to commence a TRIS with unrestricted non-preserved benefits?

A little known quirk here in the preservation rules can have important implications for clients. While reg 6.22A(2) of the SISR provides a general rule that amounts from a super fund generally be paid firstly from UNPBs, secondly from restricted non-preserved benefits and thirdly from preserved benefits, a super fund trustee can ‘cherry-pick’ what amounts are applied towards the funding of a pension. Broadly, it is possible to only apply preserved amounts towards funding a TRIS. This leaves UNPBs to be maintained for easy access, such as for the payment of a lump sum or the commencement of an account-based pension.

Can a commuted amount be paid in kind (ie. in specie)?

The ATO has long held the view that a pension cannot be paid in kind. Thus, this raises the question of whether a payment of an amount that is partially commuted can be paid in kind.

In SMSFD 2013/2 regarding an account-based pension, the ATO stated:

"Further, the partial commutation payment is a lump sum for the purposes of the SISR 1994 and counts regardless of whether the payment is made in cash or in specie."

"- the payment can be made by way of an asset transfer, known as an in-specie payment."

Recall above that an election is needed for a commuted pension amount to be converted to a lump sum. Thus, the ATO has now confirmed that a partial commutation of both an account-based pension and TRIS can be made in kind (eg. by the transfer of assets of an equivalent market value).

What about full commutations?

The ATO is comfortable with an amount that results from a partial commutation converted to a lump sum. However, the ATO position differs in respect of a full commutation of an account-based pension or a TRIS.

Broadly, the ATO’s view is that on full commutation, the pension ceases in accordance with TR 2013/5.

"As the payment of the commutation lump sum is made after the cessation of the account-based pension it cannot count towards the minimum annual payment requirement set out in paragraph 1.06(9A)(a) of the SISR 1994."

Satisfying a condition of release while paying a TRIS

"When a member who has reached their preservation age and commenced a TRIS subsequently retires or satisfies another condition of release with a 'nil' cashing restriction, the pension does not cease. The pension continues and all benefits generally become unrestricted non-preserved benefits."

Satisfying a condition of release with a 'nil' cashing restriction means that the pension is no longer subject to the following restrictions generally characteristic of a TRIS:

However, quality documentation is required for these restrictions to ‘fall away’ and not apply. The key documents here are the governing rules of an SMSF and the TRIS documents.

This ATO clarification is welcome news for many and gives a tremendous boost to a number of key TRIS strategies! 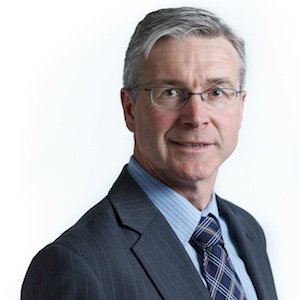