The windfall gains tax (WGT) was first announced on 15 May 2021. Despite it being a major announcement, very little detail was provided on the scope and application of the new tax in the 2021-22 Victorian state budget.

The WGT Act is not yet law, and may be subject to change through the parliamentary process.

Nonetheless, the purpose of this article is to discuss some of the headline items and issues regarding the WGT.

Broadly, the WGT is a tax on property value gains that arise as a result of a rezoning or amendment to a planning scheme (referred to as the “taxable value uplift”).

When does it apply?

The WGT applies where land is rezoned under the Planning and Environment Act 1987 (Vic) on or after 1 July 2023.

How much is the WGT?

The rate of WGT depends on the amount of the “taxable value uplift” as per the below table:

Unlike tax-free threshold for income tax, the WGT-free threshold of $100,000 only applies when the taxable value uplift is less than $500,000. If the uplift reaches or exceeds $500,000 then the entire uplift is assessed for WGT.

How is the ‘taxable value uplift’ determined?

According to the explanatory memorandum, the supplementary valuation will value the land as at the previous valuation date, although on the basis that the rezoning had occurred at that earlier time.

So, for example if the previous valuation was made by the Valuer-General on 1 January 2023 and the land was rezoned on 1 July 2023, the supplementary valuation would need to assume a 1 January 2023 date albeit with the new zoning.

Conceptually this methodology should ensure that market increases not related to the rezoning are not subjected to the WGT. Practically however, this will likely be an exercise that will lead to significant dispute and disagreement between the State Revenue Office and affected landowners.

What if the property is ultimately sold for less?

Liability for the WGT is based on the valuation methodology described above. There appears to be no mechanism for redress if a property is later sold for less than the supplementary valuation amount (for example, due to a significant economic downturn).

The WGT Act contains a suite of exemptions. This includes:

1. GAIC land – A rezoning that causes land to be brought within the growth areas infrastructure contribution or the first (but not subsequent) rezoning of land subject to the GAIC that occurs after 1 July 2023.

However, the exemption requires a habitable residence to exist (i.e. rezoned vacant land is not exempt). The exemption extends to farmland surrounding a residence, however issues may arise depending on how the land is titled.

3. Charities – If land remains as charitable land (i.e. used exclusively for charitable purposes) for 15 years after a CGT event, any WGT is waived.

4. Pre-existing contractual arrangements – Rezoned land that is subject to a sale contract to purchase entered into before 15 May 2021 is not subject to the WGT, even if a WGT event happens before the sale contract settles.

This is to reflect the fact that the parties will not have been aware of the WGT and therefore will not have priced that into their arrangements. This treatment applies to options also, but only if the terms of the contract of sale were settled at the time the option was granted. Unfortunately, the WGT Act is silent on what happens where a pre-existing contractual arrangement is varied after 15 May 2021.

5. Rezonings already underway – Certain applications to rezone property made prior to 15 May 2021 are exempt. However, the exemption is subject to various conditions, including that the amount paid (or payable) in relation to the rezoning exceeds a threshold amount (the lesser of 1 per cent of the capital improved value of the land prior to the rezoning or $100,000).

Can I defer payment?

The WGT does not require any “dutiable transaction” for the liability to arise, and therefore effectively taxes unrealised capital gains. Many landowners are unlikely to be able to pay the WGT when it arises. This is particularly the case where the landowner has not initiated the rezoning application themselves.

To address this, the WGT Act permits a landholder to make an election to defer payment of up to 100 per cent of the WGT, until 30 days after one of the following events:

2. A relevant acquisition occurs under the “landholder rules”. For example, where land owned by a company or unit trust is rezoned and then subsequent to that rezoning, some or all of the shares or units in the company or trust are transferred to a new owner.

3. Thirty years after the WGT event. The “longstop” provision may unfortunately lead to economically forced sales of properties in the future.

Where the WGT is deferred, interest is charged and calculated daily at the 10-year Treasury Corporation of Victoria bond rate (currently 1.84 per cent).

To secure the SRO’s interest, a first charge will be placed on the land in respect of any unpaid WGT and accrued interest. This charge will take priority over all other encumbrances over the land and would therefore rank ahead of a financier’s mortgage (such as a bank or other lender), even if earlier in time.

The choice to defer WGT must be made in an approved form to the Commissioner of State Revenue and before the WGT is payable. While the commissioner can accept a late deferral request, it appears that he is under no obligation to do so.

The WGT Act contains wide-reaching aggregated and grouping provisions. The provisions are complex, however broadly:

What about federal income tax and CGT?

The WGT effectively taxes unrealised capital gains, at more than double the rate of the federal capital gains tax. The interaction between the WGT and CGT remains up for debate.

Practitioners would welcome guidance from the ATO on the interaction between the two (assuming the WGT becomes law). Some issues are as follows:

1. Where multiple countries purport to tax the same income or gain, often a double tax agreement will allocate taxing rights to one jurisdiction. Where tax is paid offshore, a foreign income tax offset can be claimed in Australia. Unfortunately, the FITO rules make it clear that they do not apply to taxes levied by the states

2. If land is on capital account, would the WGT form part of cost base? (reducing the capital gain and effectively eroding the Commonwealth tax base)

3. If land is on revenue account, would the WGT be deductible? (under either section 8-1 or the black hole provisions)

4. If land is “vacant land”, could the rules that limit deductions that can be claimed for holding vacant land apply to the WGT?

Thomas Paine, one of the founding fathers of the US, once famously said, “What at first was plunder assumed the softer name of revenue.” He may well have been talking about taxes on property.

When combined with land tax, stamp duty, various surcharges and federal income tax, the WGT could result in situations where almost 100 per cent of the value of land is subject to some form of taxation.

The above summary covers the broad features of the WGT, but the devil is in the detail. The proposed WGT Act is complex and technical, even for lawyers. It requires a strong understanding of the Duties Act 2000 (Vic) and elements of Land Tax 2005 (Vic) to apply it in practice.

Given the significant cost of the WGT, care must be taken to ensure that the rules are understood and applied correctly.

While the WGT is still in bill form and has not been enacted, if prior experience with Victorian Revenue matters is anything to go by, it is unlikely that the final WGT law will differ materially from the bill that has been described above.

Rajan Verma is a director at Velocity Legal.

This article was published on CCH iKnow. CCH iKnow is a valuable resource for tax professionals, with comprehensive, up-to-date and in-depth content curated by experts. 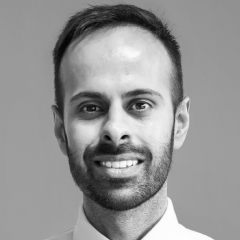