It’s been a long gestation, but the federal government’s new ‘baby’– the Director Identification Number scheme (DINs) – finally has a ‘due’ date: November 30, 2022, which is the application deadline date for company directors.

By a long gestation, I mean years. The concept of a Director Identification Number, and its potential to combat illegal phoenix activity, has been discussed in government and business circles extensively and received support in the 2017 Phoenix Research Team report Recommendations on Detection, Disruption and Enforcement which recommends the introduction of a mandatory DIN and greater transparency around the background of company directors.

Now it’s finally being introduced as a legal requirement of directors, it’s hoped the DINs will help regulators deter and detect illegal phoenix activity that leaves creditors unable to recover debts and, according to the Australian Government’s Productivity Commission report, costs the Australian economy between $1.8 and $3.2 billion each year.

With many companies in financial distress or on the verge of insolvency as a result of the impact of COVID-19, the scheme’s arrival is timely, as it will help reduce the temptation for directors to phoenix their companies. Now that the government’s temporary ‘safety nets’ have been removed, directors need to be aware of their obligations and the penalties for illegal phoenixing, which include large fines and up to 15 years’ imprisonment.

So what impact will the DINs have on company directors, aside from more form filling?

For most directors, very little. For those who adhere to Australia’s corporate laws and regulations, the DIN is simply a unique number from the government they keep for life, one they take with them from company to company and into retirement. It’s their number even if they cease to become a director. For a minority of (dishonest) directors, the DINs will help deter them from breaking our corporate laws and, if they do, it will make it harder to get away with it.

All directors will be required to provide a number of documents to establish their identity with the Commonwealth Registrar in order to receive a unique DIN. This includes a driver’s licence or learner’s permit, passport, birth certificate, Australian visa and Medicare card. The Registrar may also request the director’s tax file number (TFN) – although they can’t compel them to disclose it. However, the Registrar can ask the ATO to provide the TFN of an individual who has applied for a director ID to verify the identity of the individual. Director details provided to the Registrar can also be authenticated by linking the individual’s information to ATO client records.

While it sounds a bit ‘Big Brother’, only unscrupulous directors need to ‘fear’ the DINs. And once directors have registered and received their identification number, they don’t need to do, or worry about, anything else. There’s no yearly updating, or fee, and the government does all the admin, storing the DINs on a database administered through the new Australian Business Registry Services (ABRS), which is uniting ASIC’s 31 business registers and the Australian Business Register.

As the DIN system will be administered by the Commonwealth Registrar operating under a separate statutory function of the ATO, bad director behaviour should come to the attention of the ATO more often and more quickly. And any insolvency practitioner who enables directors in their phoenixing activity will also come to the ATO’s attention faster.

The DINs will benefit almost everyone involved in a company

In addition to helping deter and identify illegal phoenix activity, and with it reduce the number of creditors left unpaid, the DINs will also benefit investors, shareholders and company directors by giving them access to better background knowledge of a director, particularly their relationships with companies past and present, and help prevent them appointing fictitious directors, i.e., those with false identities.

Ultimately, the DINs is another much-needed weapon in ASIC’s arsenal against illegal phoenixing and the scheme will augment the Treasury Laws Amendment (Combatting Illegal Phoenixing) Bill 2019, which introduced new criminal offences and civil penalty provisions for directors who conduct illegal phoenix activity, including allowing liquidators to apply for a court order in relation to a voidable creditor-defeating disposition, which is the transfer of a company’s assets for less than market value.

For directors considering avoiding or delaying applying for a DIN, think again: those who don’t apply for a DIN by November 30, 2022, falsify identity information, or apply for multiple DINs can face civil and criminal penalties (directors of indigenous companies, however, are being given an additional 12 months to apply). And from November 30, 2022, new company directors registered under the Corporations Act must apply for a number within 28 days of becoming a director

With the legislative changes, directors need to be more aware than ever of their obligations and their personal exposure. And it’s vital for their accountants and other trusted advisers to keep them up to speed on the changes to ensure they stay on the right side of the law. 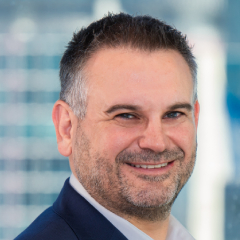