Time to simplify accounting for goodwill and intangibles

New research on the treatment of goodwill highlights the need to radically simplify accounting practices and why amortisation, which we said goodbye to a couple of decades ago, may just be an old fashion to make a comeback.

Our joint research report, How long is the piece of string?, investigates trends on how goodwill is recorded on company balance sheets — in 2020, almost A$150 billion was recognised by Australian companies, about 8 per cent of Australia’s GDP.

The percentage of businesses recognising goodwill and intangibles is growing. This is a major issue for investors who find no straightforward answers on the value of goodwill and intangibles, often working through increasing complexity to ultimately carve out the reported values and impute their own views and assumptions. And it’s a major issue for companies and auditors who are expected to cast a long gaze into the future that is often judged with 20/20 hindsight.

COVID-19 is only amplifying the level of uncertainty for investors and preparers trying to assess and forecast future benefits.

At the heart of this issue is the complexity around how goodwill and intangibles are treated in company balance sheets. It’s time to seriously look at whether the current approach is fit for purpose.

The current impairment model basically tries to dissect businesses into parts, with future cash flows forecast and values allocated at various levels. While this approach has some conceptual elegance, the process of breaking down businesses and hypothesising future prospects at these levels is diabolically complicated and out of step with the more holistic way most managers, investors or analysts view businesses and value creation.

One of the arguments for the current model is that goodwill has an indefinite life, and so can’t be depreciated or “amortised” as other assets are. While the value of goodwill and intangibles has continued to grow, it’s ultimately being written off balance sheets in the long term.

Looking across companies globally, our research considered impairment frequency and magnitude, with the data indicating there is typically a write-down of goodwill to zero over a 15-year period on average. About 20 per cent of firms are impairing goodwill every year.

This outcome casts doubt on the validity of the presumption that goodwill has indefinite life.

As an example, any technology inherently has a short life cycle due to continuous changes and improvements which, in turn, are likely to have an impact on the lifespan of the businesses in which they are embedded. Synergies realised through mergers and acquisitions, which often give rise to price premiums reflected in goodwill, become less relevant to value creation over time or, in many cases, end up not eventuating.

Inevitably, this means the lifespan of any goodwill associated with these businesses will also be affected.

Although the research did not identify any evidence of goodwill being overvalued for large companies, there is evidence consistent with the overvaluation of goodwill and a potential delay occurring in the recognition of impairment charges for some small companies, at least in smaller listed companies worldwide.

This underscores the challenges and moving parts involved for smaller companies trying to fairly assess goodwill and intangibles.

They say nothing is ever really new, and a growing collective internationally has been turning — back to the future — to the vastly simpler option of amortising goodwill over a set period, last seen circa 2005. Although the International Accounting Standards Board, whose standards are adopted in Australia, has recently indicated this is not their preference, standard setters in the United States are seriously looking at the option, along with those in other major markets such as Japan.

If we don’t go down the amortisation route, there is at least a pressing need to review how the current model works from a practical standpoint.

As the global economy reaches for stability and then recovery post-pandemic, the quality, useability and clarity of information included in balance sheets is paramount. The accounting profession utilising simpler, modern accounting standards must drive that.

Time to simplify accounting for goodwill and intangibles 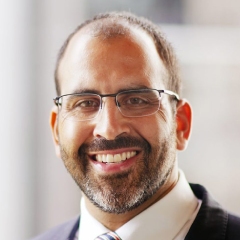