The broadening of the income tax system under then treasurer, the Hon Paul Keating to encompass capital gains tax, “CGT”, from 20 September 1985 represented a profound structural shift in Australia’s federal income tax system.

It was done at a time when the Hawke-Keating government canvassed an astonishingly wide range of other tax reform proposals: in his ministerial statement to Parliament on 19 September 1985, in addition to CGT, Mr Keating covered topics including a reduction in the top marginal personal income tax rate from 60 per cent (yes, 60 per cent), corporate dividend imputation, fringe benefits tax, a foreign tax credit system, and the Australia Card, among other things. The Australia Card remains a debate that arises from time to time between libertarians, authoritarians and those in the middle.

The introduction of CGT, 35 years old on Sunday, ended what Mr Keating described as a long debate “characterised by misinformation and hysteria rather than rational discussion”. That which was finally legislated was not that which was originally proposed in the preceding white paper — for example, the initial proposal for the regime to be retrospective was retreated from; instead it applied to assets acquired on or after its introduction.

There was also a retreat from the initial proposal for the tax liability to be triggered upon a person’s death rather than being rolled over to successors. Both would have been outrageous inclusions in the regime — perhaps, psychologically at the time, the concession to withdraw them from the final rules made it less difficult for the electorate to accept the overall proposal.

Given the inevitable politicisation of any broad tax change, the CGT which resulted may be worthy, but it is not pure. Assuming the inevitability of some structural reform of taxation in Australia, it is worth looking at some of the highs and lows of our CGT. Perhaps then we can better prepare for the realpolitik which will embed itself into any future tax reform debate.

Debate surrounding CGT in Australia today is not concerned with its existence; for that, you would need to travel, if you could, across the Tasman to New Zealand, which remains one of the few OECD nations without a CGT.

Rather, most CGT debate in Australia flares around the 50 per cent CGT discount that the Howard-Costello government introduced in 1999, replacing indexation but available for assets acquired pre-1999. It can be argued that the discount did not merely replace indexation but reintroduced the distortion between the taxation of labour and capital income that existed before CGT came into effect, albeit capital gains were previously exempt.

Our CGT is grafted onto a system which taxes income. But, as we have seen, the taxation of income and capital is not equal. Given the preferential treatment of discount capital gains over income, the contest between tax office and taxpayer as to the character of a gain is inevitable and often of high stakes.

As numerous cases show, the distinction between income and a capital gain is not always easily made. It is not at all clear how these debates, which have been performed for over 100 years, assist in the practical determination of taxpayers’ obligations. A taxpayer may have a genuine belief in the character of the gain, but this may not be clear to others, and the result aimed at may not be the result obtained. Conversely, others may seek to game the system; in our experience they do so at their peril. Regardless, this uncertainty will persist for so long as there are different outcomes in relation to how an activity is taxed.

The CGT regime seeks to ensure that while assets may be disposed of at law, there may be no change in their ultimate beneficial ownership, i.e. where an individual or family transfers assets to a wholly owned entity. The ability to defer taxation is available through various rollovers and tax deferrals and was taken further into the corporate sector with scrip for scrip and demerger reliefs.

The Ralph Review of Business Taxation in the late 1990s produced a number of significant tax reforms which, by removing obstacles to business rationalisation, inspired a great deal of commercial activity. The same review examined the plethora of rules governing corporate intra-group activity and the concomitant compliance burden, recommended the introduction of tax consolidation, a simple strike which removed a raft of unproductive compliance measures. The Board of Taxation is conducting a similar review currently, in relation to rollovers.

The interaction of small business rollover and superannuation has created tensions where taxpayers seek to come within the eligibility caps for the benefits. This raises questions about the value and identity of assets which determine the eligibility for these concessions.

The questions of the value and identity of assets have led to a number of seminal decisions in Australian taxation law, many of which are difficult to reduce to clear principle because they depend entirely on the context, facts and circumstances in which they were made. A number of early CGT cases were concerned with market valuation issues, and, unsurprisingly, the law dealt with value shifting and non-arm’s length transactions. Within the CGT, there are a number of complex integrity rules which seek to set boundaries as to when and how concessional treatments may be claimed, particularly with rollovers and restructures.

Our CGT is in many respects highly codified in its approach. It can produce disputes, which, while mouth-watering to tax accountants and lawyers, would fail to excite the person in the street, and leave economists horrified. That same person in the street may be unaware that each “CGT event” is identified by a number and a letter. These run from CGT event A1 to CGT event L8; there are currently 54 such events.

CGT came into the tax system in broadly the same period as the general anti-avoidance rule, Part IVA, which followed the infamy of the bottom of the harbour schemes and certain decisions of the High Court which were thought to have eviscerated Part IVA’s predecessor. Given the ability of taxpayers to restructure or structure into more favourable tax positions under the CGT, it is not surprising that a number of high-profile Part IVA cases have concerned schemes purportedly entered into to avoid or minimise CGT.

With the federal budget around the corner, we are facing the possibility of adjustments in tax rates, and beyond this, a tax reform debate that will reignite and perhaps gain some traction. Many of these issues will arise for consideration. These questions will occupy the Treasury, economists and government, and not everyone will be happy.

CGT does play a part in an investment decision, but it can never be as influential as the potential for reward an investment may hold. It is worth remembering that CGT, a bold reform in its time, shows that it is the main thrust of what is being sought that must be the focus, not the distraction of peripheral matters.

There will be, of course, some deep issues which will require amendment or judicial clarification, but that is to be expected. While the politicisation of income and capital might be inevitable, as Mr Keating did say, we should not be distracted by misinformation and hysteria but focus on a rational discussion of what is the best fit for what is needed. Then, we may end up with something as enduring and sensible as the CGT we have. 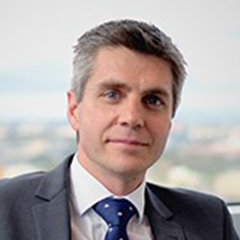