Role of tax on the road to recovery

Pre-budget submissions have just been lodged. You can bet your bottom dollar that a lot of them will be asking for tax concessions on the basis that such concessions can assist Australia on its road to recovery. But are tax concessions appropriate?

Australia’s debt is large and growing. New monetary theory postulates that provided an economy’s economic growth is greater than the interest rate that it is paying for debt, then the size of the debt will naturally diminish over time. This emphasises the importance of ensuring that government expenditure (including tax expenditure — that is, tax concessions) is appropriate and well directed, and the need to improve Australia’s sluggish productivity.

Tax expenditures often fly under the radar. Once a tax concession is granted, it rarely undergoes a review for its continued appropriateness. This is in sharp contrast to government budget expenditure which is regularly put under the magnifying glass of the expenditure review committee.

Over the years, there has been debate on some of the largest quantified tax expenditures, such as the taxation of superannuation, CGT discount and the treatment of GST-exempt items. But significant unquantified tax expenditures, such as the exemption for foreign branch profits from income tax, off market share buy-backs and statutory effective life caps have avoided scrutiny.

It seems even COVID-19 isn’t sufficient to prompt a major review of tax concessions, lest the government is accused of austerity-type thinking. But it would be strange indeed if someone in the Treasury wasn’t thinking about the continued appropriateness of some of the big-ticket tax expenditures.

Well, several Australian governments have recently issued papers about Australia’s productivity. In relation to taxation’s role in improving productivity, there is an alignment of views between the various papers. The NSW Productivity Commission has called for a switch of the tax mix towards taxes that cost our economy less and for reform of these lower-cost taxes to widen their base by reducing the number of tax concessions. This has resulted in draft recommendations by both the NSW Productivity Commission and the NSW Review of Federal Financial Relations that transfer duty be replaced with a broad-based land tax, and that payroll tax be broadened and harmonised. CA ANZ is supportive of these recommendations and recognises that significant transitional issues need to be addressed.

A recent Queensland Productivity Commission report has focused on what makes a resilient economy and has emphasised the importance of flexibility in allowing economic resources to move between industries to produce outputs that are most valued by the community. From a tax perspective, this means ensuring that “taxes minimise distortions to markets — unless designed to correct market failures”. In other words, the tax system should not be used as a component of industry policy to pick winners or losers, rather it should provide a level playing field which allows successful businesses to thrive.

Providing industry assistance through the tax system in the form of tax concessions means that other taxpayers bear a higher tax burden and that Australia’s productivity growth is diminished. The Queensland Productivity Commission notes that:

• Protections afforded to industry have been shown to significantly reduce efficiency of protected industries, resulting in higher costs and/or lower quality of goods and services; and that

Tax can improve Australia’s productivity, but not through the provision of tax concessions. The tax system should be designed to facilitate the flow of capital and labour to those industries where it adds the most value. This means that exemptions, thresholds and special concessions need to be reviewed. CA ANZ’s pre-budget submission calls for a review of tax expenditures to ensure that they are fit for purpose — particularly from an environmental sustainability perspective — to ensure that Australia will be on a road to recovery.

Role of tax on the road to recovery 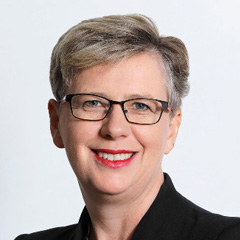