Changes that came into effect from 1 July 2020 will lessen the burden for older SMSF members and their accountants. Heffron’s head of SMSF technical and education services, Lyn Formica, explains how accountants can best support their SMSF clients.

A new financial year often brings a raft of new changes and legislation for SMSFs. For the new financial year starting on 1 July 2020, there has been some small but important tweaks for SMSFs. It is good news for those who wish to contribute beyond the age of 65, building their retirement savings in an SMSF (or indeed any super) account.

Up until 30 June 2020, once someone reached 65 years of age, it became more arduous to put extra money into an SMSF account as they needed to be gainfully employed. This meant satisfying the superannuation work test by working at least 40 hours in no more than 30 consecutive days, during the financial year in which the contributions were made.

A piece of legislation has now aligned the work test requirement with the eligibility age for the age pension. This makes logical sense since the age pension is currently legislated to increase from the age of 66 to 67 from 1 July 2023. The system prior to 30 June 2020 discouraged retirees who had reached age 65 as they were not eligible to apply for the age pension but also couldn’t add to their superannuation balance because they didn’t work. The new rules allow older Australians to build up their super balance without working, until they reach 67 years of age.

There are three things that accountants must keep in mind:

How does it work in practice?

John will turn 67 in November 2020 and will work 40 hours during the first week of October 2020. He could make concessional and non-concessional contributions to his SMSF prior to his 67th birthday without the need to meet the work test. However, after John turns 67, he will only be able to make contributions if he has worked at least 40 hours in no more than 30 consecutive days prior to the contribution. 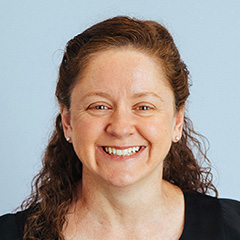