So you think your company is a non-resident?

Determining whether a company is a tax resident of Australia has become more complicated again. Taxpayers and advisers now need to navigate the ATO’s new position on “central management and control”, the potential application of a double tax agreement and now the multilateral instrument (MLI).

The consequences of getting it wrong can be significant and can include additional tax (sometimes without credits), interest and penalties if the error has existed for some time.

So where do we start?

A simple example to work through the provisions

Haibo is the sole director and shareholder of UK Co. UK Co was incorporated in the UK and carries on business in the UK.

Haibo immigrates to Australia with his family in 2019. Haibo now makes high-level decisions in relation to UK Co while in Australia.

The day-to-day running of UK Co continues to be managed in the UK. Haibo is not involved in management and commercial decisions of UK Co’s business.

A company is an Australian tax resident under the domestic law in Australia if it is either:

Following the High Court decision in Bywater Investments, the ATO released a new public ruling on the central management and control test of residency, TR 2018/5.

The ATO concludes that the place of “central management and control” is where high-level decisions are made as a matter of fact and substance.

With Haibo, the sole director, making strategic decisions while in Australia, UK Co is now a tax resident of Australia under the second test of the Australian domestic tax law.

The application of a double tax agreement

For companies, the residency tie-breaker provision is generally where the company’s “place of effective management is situated”.

Unlike “central management and control”, “place of effective management” refers to where “key management and commercial decisions that are necessary for the conduct of the entity’s business as a whole are in substance made”.

In the example, as the management and commercial decision for conducting UK Co’s business are made in the UK, the “place of effective management” is in the UK.

Australia’s double tax agreements are not automatically affected by the MLI. Both countries have to agree to the MLI applying.

One effect of the MLI on the Australia-UK double tax agreement is that the “place of effective management” test is replaced with the following test:

Where by reason of the provisions of [the DTA] a person other than an individual is a resident of both [Australia and the UK], the competent authorities… shall endeavour to determine by mutual agreement the [country] of which such person shall be deemed to be a resident… having regard to its place of effective management, the place where it is incorporated or otherwise constituted and any other relevant factors.

Back to the example, UK Co is incorporated in the UK and managed in the UK, so subject to “any other relevant factors”, should be determined by the competent authorities to be a tax resident solely of the UK.

However, to obtain that determination, UK Co will need to submit information to the ATO or HMRC, which is an unfortunate bureaucratic by-product of the MLI.

The ATO and New Zealand Inland Revenue appear to have recognised this, and have issued a website “determination” that effectively reinstates the “place of effective management” test over the MLI in certain cases. It currently states:

For taxpayers that satisfy all of the eligibility criteria outlined below for the relevant year, the Australian Taxation Office (ATO) and New Zealand Inland Revenue (IR) jointly determine that:

In addition to the different layers that now need to be considered, advisers also need to be careful about interpretation: double tax agreements and MLIs have different rules of interpretation to domestic legislation. This is so that the object of the treaty (which may be subject to different translations) is given primary consideration.

The risk of getting the residency status of a company wrong can be significant. It can result in additional tax, together with interest and penalties, if the error is not rectified for some time.

So you think your company is a non-resident? 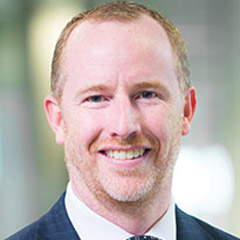