Flaws in draft legislation for the new corporate collective investment vehicle regime will mean the structure is too risky for many property funds — with the risk of double taxation if sub-funds fail tough tests for passive income activity.

The CCIV regime has been proposed as an alternative to managed investment scheme provisions in the Corporations Act 2001, with the advantage of offering an investment vehicle that can be marketed to foreign investors.

Scheduled to start in July, the regime was announced as a way to boost the competitiveness of Australia’s managed funds sector, by facilitating the engagement of offshore investors and by bringing our system more in line with that offered by managed funds through  Asia-Pacific and Europe.

But differences between the tax treatment of Australia’s managed investment trusts (MITs) and the new CCIVs threaten to undermine that opportunity.

Key is the tax treatment of sub-funds, distinct and separate parts of the CCIV’s business that operate independently from each other.

As with MITs, sub-funds can be regarded as separate tax entities and will be taxed on a flow-on basis if they satisfy the usual eligibility requirements, such as not being closely held, that they are limited to passive income activities, and that they are an Australian resident.

However, unlike for MITs, a CCIV failing the eligibility criteria on any of these fronts is highly risky.

The eligibility of MITs is reassessed yearly, but a sub-fund of a CCIV that fails once will forever be taxed as a company — and, again unlike MITs, that company will not be entitled to frank distributions.

So Treasury has in its legislation classified non-complying sub-funds as non-frankable entities for the life of that fund, meaning double taxation and a tax rate to investors of 63 per cent.

As an example, a gross return of $100 would be taxed at the company level first at 30 per cent — there’s $30 — with the remaining amount potentially taxed at the top marginal rates of 47 per cent, or a further $33.

It’s extraordinary that the government would support a regime that could potentially apply double taxation and such a high tax rate but that’s the design incorporated in legislation rapidly progressing towards a vote.

To add insult to injury, were a sub-fund to fail the test and be less than useless to its parent CCIV, there will be enormous costs and complexity for that non-complying sub-fund to be rolled out.

The sub-fund can’t in itself enter into contracts, acquire, hold or dispose of assets or liabilities, or even sue or be sued in its own name.

All these acts have to be done by the CCIV on its behalf, so the complexity of unwinding that relationship is immense.

The schemes that are most likely to get caught up in this trap include shorter term property funds that could struggle to demonstrate whether they have been established primarily to derive rent, those that do not derive a rental income but other forms of income, and those with a mix of eligible and ineligible income sources.

Unless fixed, the stricter approach Treasury has taken to the tax treatment of CCIVs is likely to scuttle the regime for at least some funds that would otherwise have considered the structure, leaving investors — and Australia — still running behind our international managed fund peers. 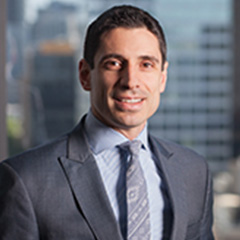