Residency reforms a matter of urgency

Residency rules are a fundamental building block for determining how an individual will be taxed in Australia and there are also superannuation implications to consider.

Australian individual income tax residency rules have remained largely unchanged since they were introduced in 1930. It is not unexpected, given that the current definition of ‘resident’ was enacted over 80 years ago, that the current rules are no longer fit for purpose.

This has the potential to undermine the integrity of the income tax system. The global environment has changed significantly and the residency rules no longer reflect work patterns in Australia, nor have they kept pace with changes in the nature of travel, work practices, or the complexity of remuneration.

It is a difficult area of law to put in place rules that achieve satisfactory outcomes when trying to determine an individual’s domicile. A single objective test has its limitations. Other facts and circumstances must also be considered for establishing an individual’s permanent home.

An objective statutory test combined with tests that reflect facts and circumstances, is required as no single factor can determine a person’s domicile. The concept of domicile is inherently subjective, as in some cases you are trying to reflect an individual’s intention to return, which can be problematic.

It is generally accepted that there are four tests for determining whether an individual is a resident under current rules:

An individual only has to pass one of these tests to be considered a resident of Australia. The level of analysis required is often significant and costly, and a basic letter of advice could cost many thousands of dollars.

This burden is particularly acute given the self assessment nature of the income tax system in Australia, and the potential for penalty and interest liabilities to arise should an individual incorrectly apply the residency rules.

The Board of Taxation (BOT) has entered the fold by submitting a report to government following its self-initiated review of the individual income tax residency rules. The BOT has in effect laid the groundwork for future possible changes to outdated residency tax rules.

Following an extensive consultation process, the BOT has concluded that the existing residency rules are no longer appropriate as the fundamental basis of individual income taxation. The case for change is strong and can be summarised as follows:

(a) Rules no longer reflect global work practices in an increasingly global mobile labour force, which have changed both the frequency and nature of interactions with the residency rules;
(b) They impose an inappropriate compliance burden on many taxpayers with relatively simple affairs as the rules are inherently uncertain to apply, include outdated concepts and rely on a ‘weighting’ system that leads to inconsistent outcomes, which also gives rise to integrity risks; and
(c) Are an increasingly prevalent area of dispute for taxpayers and the ATO given the fundamental difference in tax consequences for residents and non residents — this is illustrated by the increased number of court decisions and ATO private rulings issued since 2009.

As indicator of possible reforms, the BOT made the following recommendations in its report to government:

Given the number of individuals affected and the difficulties that arise in the self-assessment system, the uncertainty and complexity of the existing law has created a perfect storm of increased costs and reduced efficiency, and the potential for anomalous or manipulated outcomes that lead to inequity and reduced integrity.

The existing definition cannot be applied by an ordinary individual as the rules are inherently uncertain to apply, include outdated concepts and rely on a weighting system that leads to inconsistent outcomes. Disputes and ATO private rulings are on the rise which is a symptom of the root cause.

A recent case illustrates some of the issues involved around determining residency for individuals.

In Harding v Commissioner of Taxation [2018] FCA 837, the court held that an Australian citizen who had lived outside of Australia for some years, and who had established a home overseas, remained a tax resident of Australia because his fully furnished apartment maintained overseas was not considered permanent enough.

The type of property and, more importantly, how the property is used matters. Mr Harding had, prior to 2006, worked for 15 to 16 years in the Middle East.

Mr Harding then returned to Australia with his wife and children and stayed until 2009, at which time he took up a position in Saudi Arabia. Upon moving to the Middle East, Mr Harding occupied a fully furnished two-bedroom apartment in Bahrain.

The plan was that his wife and children would temporarily remain in the family home in Australia, and move to Bahrain in 2011 once the middle child finished schooling. However, despite Mr Harding’s best efforts, in 2011 his wife chose to remain in Australia and they separated shortly after. Mr Harding moved to a smaller apartment in the same building that was furnished.

The central issue in question was whether Mr Harding was a non-resident. Did he cease to reside in Australia from 2011 income year and whether he had established a permanent place of abode outside Australia?

This combination of factors would usually indicate a continuing association with Australia that would amount to a determination that he was residing in Australia. However, the court was satisfied Mr Harding had a clear intention not to return to Australia following his departure in 2009.

Furthermore, the court considered the ‘unusual circumstances’ of the case, including the extensive time spent by Mr Harding in the Middle East, his strong desire to return to the location, and his propensity to put his career and life in the Middle East above personal ties. The court therefore concluded that Mr Harding did not reside in Australia from the time of his departure.

The court took a holistic approach to the circumstances.

The permanent place of abode test

The maintenance of a fully furnished apartment overseas was not sufficient, however, to satisfy the ‘permanent place of abode test’ and he was found to be a tax resident of Australia for the relevant year.

Mr Harding lived in a two-bedroom, fully furnished apartment for two years. It was Mr Harding’s intention to purchase a larger property once his family relocated.

Despite spending six years in the complex, the court found that he did not establish a permanent place of abode overseas.

The taxpayer’s presence in the apartment complex was considered to be for a temporary period of time. The court noted that by its character, fully furnished accommodation is a type of premises used for temporary or transitory accommodation as the tenant can pack up and move easily and readily.

Another important factor the court placed significant weight on was the fact that Mr Harding did not use the apartment as a mailing address.

Whether the BOT recommendation of introducing a simplified two-step model, namely a primary days count bright line test and a secondary test taking into account individual circumstances, is an improvement on the current system is open to debate. Currently, we already have a bright line test in the form of 183 day rule.

However, the other factors can override this test, so if the proposed way forward adopts the same philosophy then we may not end up with significantly better outcome, but it should still be an improvement in the right direction, especially if we do not overcomplicate matters under the secondary test.

As stated in the introduction, we are dealing with a complex area of law. We will need to wait and see how quickly the reform process progresses. In the meantime, we have to live with the inadequacies of the current rules.

Residency reforms a matter of urgency 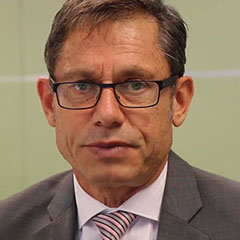