With Single Touch Payroll (STP) kicking off for businesses with 20 employees or more earlier this year, and small businesses set to be captured soon, it is time to take stock of the changes, and help clients understand the need for STP and the cost of non-compliance.

From 1 July 2018, the introduction of a new payroll reporting system has changed how organisations with 20 or more employees report to the Australian Taxation Office (ATO). STP requires employers to report information such as salaries and wages, pay as you go (PAYG) withholding, and superannuation payments directly from their payroll solution each time they pay their employees. Smaller companies won’t be exempt forever, with STP due to come into effect for businesses with 19 or fewer employees on 1 July 2019.

The system is designed to make reporting easier for employers, and it’s anticipated that STP will also help address the massive unpaid superannuation issue in this country. Between 2011 and 2017, Australian employers failed to pay their workers $17 billion in superannuation, according to the ATO’s conservative estimates.

The system will let the ATO match up information from the employer that payments have been made, along with the taxation information it has received from individual superannuation funds. If the numbers don’t match up, the ATO can investigate.

With the onus on the individual taxpayer in the past to chase up their unpaid superannuation, the ATO has also had the option of applying penalties and fines to recalcitrant employers. When an employer is found to have not paid the requisite superannuation amounts, company directors are held personally liable and are not protected under general liability limitations. In other words, their personal assets are at risk if they fail to meet their superannuation payment obligations.

Director penalties can be as high as $6,400-$10,600 or 75 per cent of the liability. This is in addition to owing the employee their backdated superannuation payments along with the projected earnings on those payments if they had been made on time. It can all add up to substantial penalties, particularly if there are multiple employees involved, which is usually the case. For a small business owner, this could put the entire business at risk, or even cause them to lose their home, for example.

While they may have gotten away with not paying superannuation in the past, the new STP system will make it much more difficult for businesses to fly under the radar. Company directors, therefore, have a genuine incentive to embrace the STP system, because it will help ensure the business meets all of its obligations and reduce the risk of penalties.

To help correct the superannuation payments gap and give organisations the opportunity to start doing the right thing by employees, the ATO has proposed an amnesty to run until May 2019. This is a one-off opportunity for employers to correct past superannuation non-compliance without the usual penalties. The amnesty still requires employers to pay all employee entitlements along with the nominal interest, as well as any associated general interest charges. However, it waives the penalties and administration fee that would normally apply. It can be backdated as far back as 1992, giving employers the chance to get completely up to date. Furthermore, if employers don’t come forward during the amnesty, they may face higher penalties in the future.

The STP system will let the ATO identify non-payment of superannuation earlier, because it will receive a report every time a company does a pay run, which is likely to be weekly, fortnightly, or, at least, monthly. In the past, discrepancies might not have been identified until the employee lodged their tax return. Annual reporting will still occur, with annual statements reconciled with payroll data throughout the year to ensure all the numbers match up.

The ATO will have a strong mandate when the current amnesty ends to come down hard on employers that fail to pay superannuation entitlements correctly, applying maximum penalties. This puts the onus on all business owners to prepare now both for the new STP system and to ensure they can meet all of their payment obligations.

Business owners that aren’t sure whether they’ve met all of their superannuation payment obligations should contact their accountant or business advisor to find out what steps to take to take advantage of the amnesty and get their payments up to date. Those that don’t believe they’re at risk of having failed to make superannuation payments should simply work with their adviser to ensure their accounting package is up to date and STP-compliant. 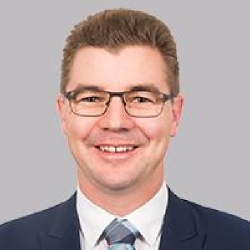