Australia has some of the toughest insolvent trading laws in the world in order to protect creditors of distressed companies, and new reforms have had a major impact on underperforming companies.

In September 2017, the government passed new “safe harbour” reforms. These have had a major impact on underperforming companies aiming to turn around their business with changes to maintain enterprise value and facilitate the successful restructure of a distressed company.

At the same time the government introduced new ipso facto laws designed to improve the probability of a successful restructure by preserving the standing of contracts (and hence goodwill in contracts) after the occurrence of a formal insolvency event. In the past, ipso facto clauses in contracts have permitted counterparties of insolvent companies to modify or terminate their contractual obligations when an insolvency event occurred. The loss of key contracts and assets in an insolvency can substantially erode the value of a company, making a restructure even more challenging.

On 1 July 2018, the new ipso facto regime began operation. This effectively creates a stay on clauses in ordinary contracts which entitle a party to enforce a right, agreement or arrangement on the occurrence of various insolvency-related trigger events regardless of the counterparty’s continued performance of its obligations under the arrangement.

Essentially, these new reforms will make ipso facto clauses in ordinary contracts entered into on or after 1 July 2018 unenforceable while a company is attempting to restructure under voluntary administration, a scheme of arrangement, or when a receiver has been appointed over all or substantially all of the company’s assets.

This should provide companies with breathing space to continue to trade during such insolvency events and preserve the value of the business to assist in a successful restructure.

It’s important to note contract counterparties can still terminate for other breaches or defaults (e.g. the debtor’s non-payment or non-performance) and contracts still expire at the end of their term, unless extended.

Exemptions to the reforms

While the government wanted to provide insolvent companies with the opportunity to successfully undergo a restructure, they did not want to disrupt and hinder the typical business operations of counterparties. Because of this, the government has exempted certain types of contracts and rights from the stay.

Some contract types exempted from the ipso facto stay are government contracts relating to national security, essential information technology services, and the public health sector, to name a few. There are also many exemptions in the financial products, defined building works, loan markets and securitisation industry, as well as for contracts related to the sale of a business.

Although the government wanted to establish a balance between facilitating a successful restructure and limiting the effect of the stay on counterparties, there are concerns that the lengthy list of exempted contracts may lead to an uneven enforcement of various parties’ rights, resulting in different and possibly unfair outcomes for stakeholders.

By providing distressed companies with a safety net and requiring counterparties to maintain their contractual obligations during a formal insolvency appointment, this government decision should help facilitate a positive restructuring environment.

Although these ipso facto and safe harbour reforms help protect distressed companies looking to turn around their business, intervention by company directors when early signs of distress arise still remains the best way to achieve a better outcome. Whilst the exemptions and grandfathering will make it complex to work through the process initially, and some counterparties may be impacted very differently on the same insolvency, these legislative reforms are an important step in the right direction. 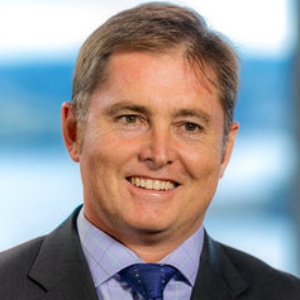