Lost track of all the tax changes? Here’s a quick summary

You’d be forgiven for not knowing what tax changes have passed, are in the works, and affect your clients. Here’s a quick rundown.

1. The failure of the Parliament to pass the Treasury Laws Amendment (Enterprise Tax Plan Base Rate Entities) Bill 2018.

This creates uncertainty on how companies and their tax advisers should lodge both the 2018 company income tax returns but also shareholders' returns where they have received a franked dividend.

This Bill also failed to clear Parliament before the end of the financial year.  If the measure is not be enacted any unpaid SGC disclosures made to the ATO will be dealt with under the existing law – and that means not only will penalties apply, but the catch-up payment will not be deductible to the employer.

3. The Treasury Laws Amendment (Tax Integrity and Other Measures) Bill 2018 - also failed to pass Parliament by the end of the financial year.

The Bill seeks to include additional conditions that must be satisfied to apply the small business capital gains tax concessions to capital gains but it has not passed and there is confusion over the potential start date.

4. The Treasury Laws Amendment (Accelerated Depreciation for Small Business Entities) Bill 2018 - also did not pass Parliament before the end of the financial year..

This extends the $20K write-off for certain small businesses. More of a bug-bear than a showstopper because it relates to the 2018/2019 income year and not the financial year just ended.

5. The Treasury Laws Amendment (Reducing Pressure on Housing Affordability Measures No. 2) Bill 2018 did not pass Parliament before the end of the financial year.

The Bill seeks to remove the entitlement to the CGT main residence exemption for foreign residents from 9 May 2017 – subject to transitional relief. The proposed law applies to properties acquired from 7:30PM (AEST) on 9 May 2017 that are disposed of by non-residents.

The Bill seeks to inter alia introduce a whistleblower protection regime for disclosures of information by individuals regarding breaches of the tax laws or misconduct relating to an entity’s tax affairs. While members are not asking about this it is important to note that tax agents who blow the whistle in the absence of the law being passed are likely to be, at a minimum, will be in breach of the tax agents code.

Lost track of all the tax changes? Here’s a quick summary 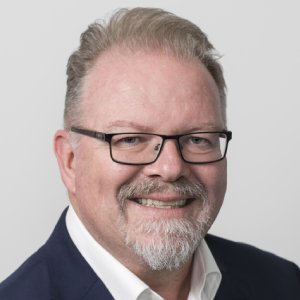