The end of financial year comes but once a year

The end of the financial year is nearly upon us and, just like Christmas, it will bring good presents for some and not-so-good ones for others. This year is no different as we’ve seen an opening up of taxation concessions for some and reductions in contribution thresholds for others. As usual, there are things that must be done by 30 June otherwise trustees may expose themselves to those pesky compliance issues.

Exceeding your non-concessional contributions cap means you will be penalised and have a choice of withdrawing the excess and paying penalty interest amount or leaving it in the fund and having the excess taxed at a penalty rate of 45 per cent.

Legislation that is proposed to commence from 1 July 2018 will restrict amounts sacrificed under an employee salary sacrifice arrangement from not reducing an employer’s mandated superannuation guarantee contributions.

Advisers should also be aware that any super member that has made after-tax contributions of at least $1,000 to superannuation and has an adjusted income of less than $51,817 (2017–18 financial year), is younger than 71 and meets certain employment and self-employment tests may be eligible for the government co-contribution of up to $500. Payment of the co-contribution is automatic as the ATO pays the amount to the client’s superannuation fund once it knows the amount of the after-tax contribution made by the client and they have lodged a tax return for the relevant year.

It can be a bit of a toss up as to whether the low-income spouse tax offset or the co-contribution provides the best outcome for some clients.  This needs to be considered in the context of the overall benefit to the client’s superannuation balance.

Clients who are in small businesses and have net assets of no more than $6 million or a business with a turnover of no more than $2 million may qualify for certain CGT small business retirement concessions on the disposal of the business or certain business assets. The calculation of what qualifies under these concessions is left up to the client or tax adviser as the current CGT threshold amount is $1,445,000 for the 2017–18 financial year. While there is no work test to rollover amounts that qualify under the small business retirement exemption once the client reaches age 65, they need to meet certain work tests to allow the payment to be made to their superannuation fund. Accountants or tax agents can help determine if clients qualify for the CGT small business concession and pay the amount to the superannuation fund without falling foul of other contribution caps.

Keeping an eye on your contributions

Start an income stream from the fund before 30 June.

Anyone who is at least 57, which is the current preservation age, can commence an income stream from 1 June this year and access the following advantages:

Thinking about your client's SMSF at year end

The super changes mean a new set of rules to consider for the 2017–18 financial year, whether it’s the concessional and non-concessional contribution caps, tax deductions, getting pension payments right or getting an actuarial certificate for the first time.  Advisers should make sure they know what’s required to squeeze the maximum benefit out of the changes for their clients.

The end of financial year comes but once a year 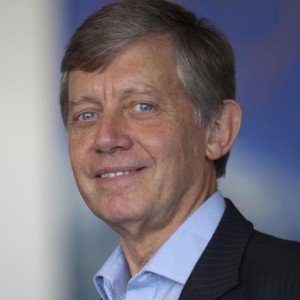